Croatia, state of the Balkan Peninsula in southeastern Europe; 56,538 km2, 4.1 million residents (2019).Croatia borders in the north to Slovenia and Hungary, in the east to Serbia and in the south to Bosnia and Herzegovina and in the west has a long coastline along the Adriatic Sea. The capital is Zagreb (694,000 residents, 2012).

Croatia consists of a highland in the north around Zagreb, the Dalmatian coastal country to the west and the eastern inland plains of the Pannonian basin. Of the various natural regions, the East has a more continental climate than the rest of the country.

The legislative power of the country is exercised by Parliament, which has two chambers: the Chamber of Deputies and a Chamber representing regional units. Both are directly elected and have a term of office of four years. The executive power belongs to the president and the government. The president, who is directly elected for five years, holds a strong position. In 1991, Croatia declared itself independent.

After World War II, Croatia developed from an agrarian state of modest industry to a partially modern industrial state. The war in former Yugoslavia hit the country’s economy hard. The previously important tourism industry was the sector most affected by business, but industry and infrastructure were also affected. In the 2000s, industry and tourism have recovered, but the external debt and the deficit in the state budget are still large. 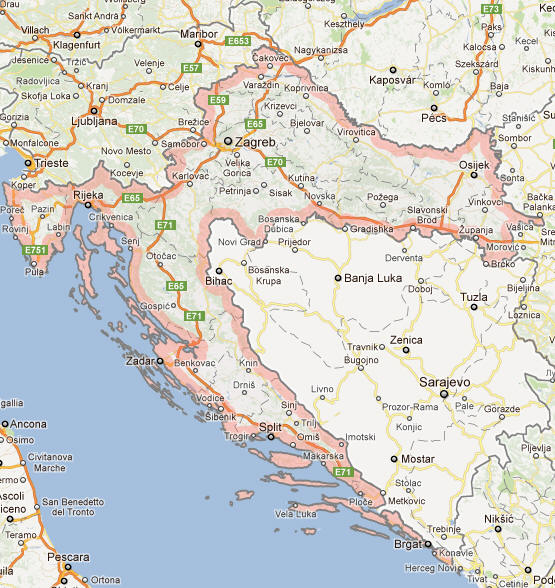