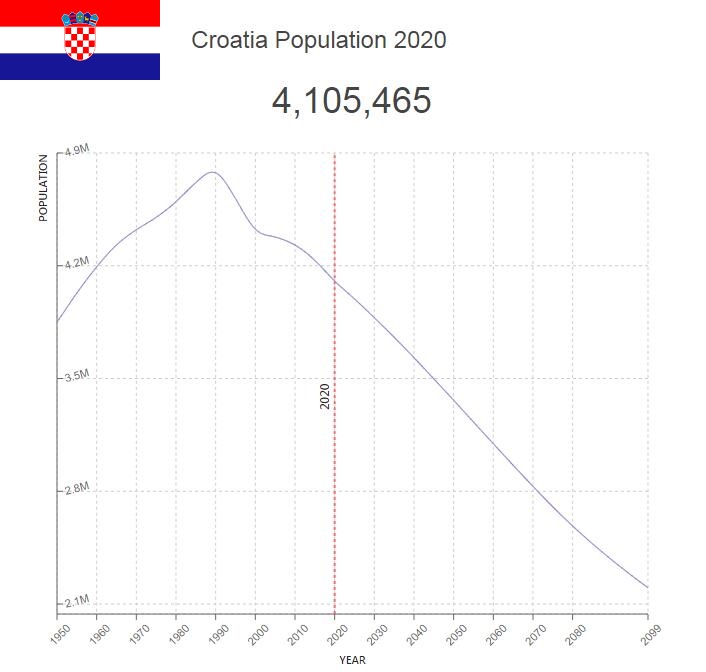 Croatia was previously a Yugoslav sub-republic, but became independent in 1991. The post-independence war resulted in great human and economic losses. During the 2000s, Croatia has moved in a more democratic direction, and in 2013 it joined the EU.

The population of Croatia is 4 270 480 (2018). Compared to 2017, the number of residents decreased by 0.5 percent. Life expectancy at birth is 79.6 years for women and 73.2 years for men. The population has been declining for many years due to low birth rates. According to the World Bank, the birth rate in 2017 was 1.4 children per child. woman. The same year there was a net immigration of minus 1.7 per thousand. The country therefore has an aging population. 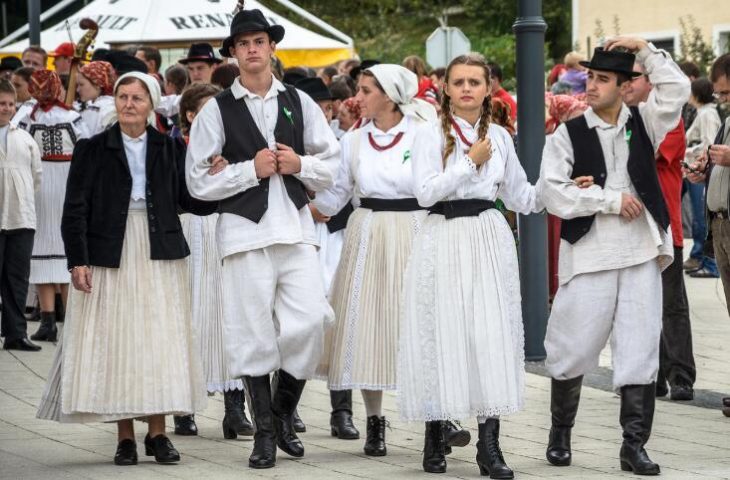 90.4 percent of the population are Croatians, and 4.4 percent are Serbs. They are especially located in eastern Slavonia and in the Krajina area around the town of Knin. 4.4 percent belonging to other groups, including Bosniaks, Hungarians, Slovenes, Czechs and rooms. 0.8 percent is unspecified.

56.9 percent of the population live in urban areas. The closest residents are the areas around the capital Zagreb. The largest cities are Zagreb, the port cities of Split and Rijeka and Slavonia’s main city, Osijek.

Population of Croatia by Year (Historical)

Major Cities in Croatia by Population

Most Croats are Christians, and the Roman Catholic Church has traditionally been a leader. 86.3 percent of the population are Catholics, while 4.4 percent are Orthodox Christians and 1.5 percent are Muslims. 1.5 percent belong to other faith communities. Non-religious, atheist and unspecified groups make up 6.3 percent. There are several Protestant churches and a Croatian Old Catholic church that does not approve the Pope’s infallibility and authority.