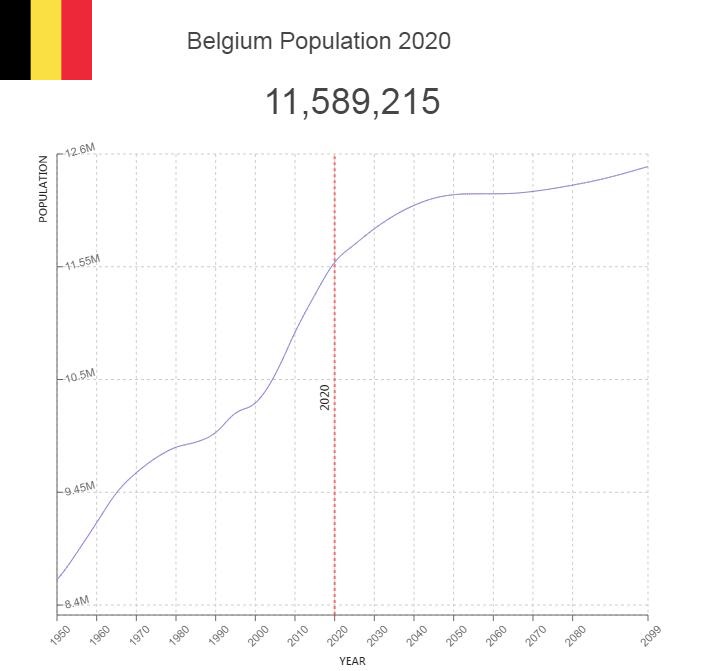 Belgium is one of the smallest countries in Europe, and the headquarters of both NATO and the EU is located in the capital Brussels. The country has played an important role in European history and helped to found the EU. 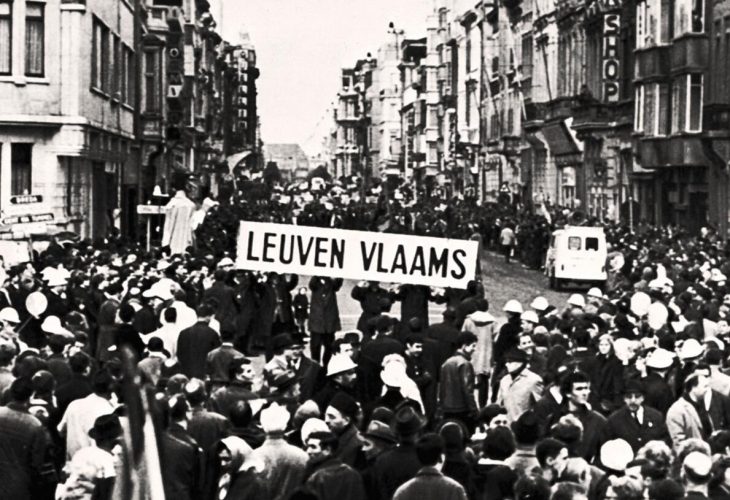 Linguistically and culturally, two groups dominate: the Dutch-speaking Flemish people in the north, which constitute approximately 60% of the population; the French-speaking Walloon in the south, which counts 39%. A small minority (0.6%) around the cities of Eupen, Malmédy and Saint Vith in eastern Belgium have German as their mother tongue.

Belgium is one of the most densely populated countries in the world and has the largest population density in Europe after the Netherlands with an average of 369.7. However, the density varies widely from region to region. The plain country has on average about 450 people per km2, the Ardennes about 100 per km2. The most densely populated are the industrial areas along the Sambre – Meuse, where in some places there are more than 1000 people per km2. The country is very urbanized, only about 3% of the population lives outside cities and towns. The largest population concentrations are around Brussels, Antwerp, Liège, Charleroi and Ghent as well as in the industrial district Hainaut, which extends from Mons to Charleroi. Small-scale urbanized areas have grown around Namur, Bruges, Verviers, Mechelen and Ostend.

Population of Belgium by Year (Historical)

Major Cities in Belgium by Population

Belgium has no state religion and the constitution of 1831 guarantees freedom of religion. About 87% of the population belongs to the Catholic Church, which is particularly strong in the French-speaking part of the country. There are minorities of Protestants, Muslims and Jews.

The distinction between Dutch speakers in the north and French speakers in the south divides the country sharply into two. The language boundary starts at about where the River Leie (Lys) crosses the border between France and Belgium and goes almost eastwards until it hits the river Maas (Meuse) south of Maastricht in the Netherlands. From here it follows the river a bit south to Visé (Wezet) and makes an arc east and north until it again hits the national border towards the Netherlands. The Dutch-speaking area in the north, which consists of Flanders (Flanders), consists of the provinces of West Flanders, East Flanders, Antwerp, Limburg and Flemish Brabant. The French-speaking area in the south, Wallonia (Wallonia), consists of the provinces of Hainaut, Namur, Luxembourg, Liège and Walloon Brabant.

Brussels forms a bilingual island in the Dutch-speaking area with both Dutch and French.

The German language area is located in the state of Wallonia, in the eastern part of the province of Liège, in the districts of Eupen, Sankt Vith and Malmedy. There is also some German spoken in the area around the city of Arlon (Arel) and along the border of the Grand Duchy of Luxembourg.

The popular language in the Dutch language area is the South-Dutch dialects Flemish, Brabant and Limburgish. The French dialects in Wallonia, Walloon, are similar to the dialects in adjacent areas on the French side of the border. The German dialects in the East are Moselle Franconian, Ripuarian and Lower Franconian. In addition to the bilingual status of Brussels, the language situation is characterized by a large influx of immigrants from North Africa and Turkey.