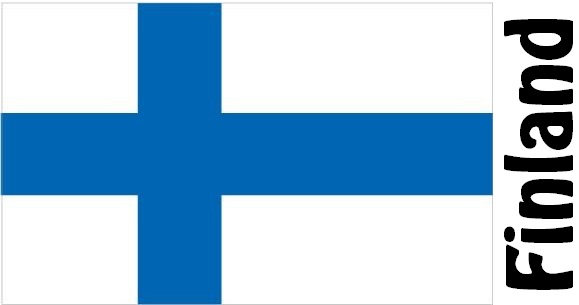 Finland can be divided into the coastal country, the lake plateau region and Lappmarken, which is predominantly an elevation area in the north. The coastal land is covered by fertile sediments that have formed on the seabed. After the melting of the ice sheet, the land has risen and formerly sound and fjords have become fertile valleys. The Lake Plateau region comprises the inner parts of southern and central Finland, where the soil consists of moraine soil species. The area is wooded. To the south, the border goes to the coastal land at a very endmorning area with large amounts of gravel and sand deposits, Salpausselkä.

The Constitution, which came into force in 2000, states that state power “belongs to the people represented by the Riksdag”. Parliament members are elected for four years, while the president is elected for a six-year term.

Since the middle of the 1990s, the country’s economy has largely been favorable, mainly due to successful exports. The business sector has been widened with the electronics and IT sectors as spearheads. The growth came after a period of economic crisis in the early 1990s when the previously important export opportunities to the Soviet Union deteriorated. The forest industry is still important, but it has decreased somewhat in importance. The country’s largest and most successful company is the telecommunications and electronics group Nokia. Since the end of the 1990s, however, Finland has been hit by the international recession and government debt has increased. Nokia has also had difficulties and has had to dismiss many employees.