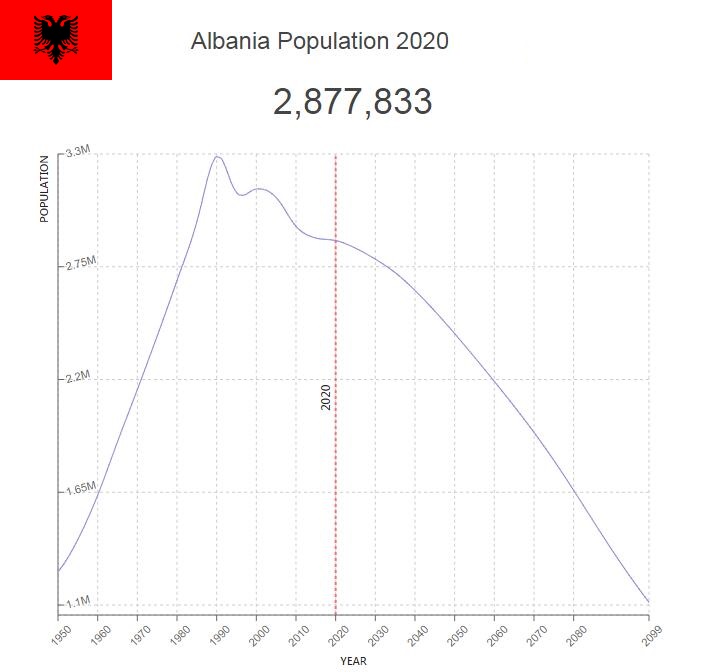 Mountainous Albania was the last country in Europe to give up communism. The transition to democracy and the market economy has been problematic and the country is one of the poorest countries in Europe.

The census in Albania according to the 2011 census is 2.82 million (INSTAT). If all the emigrants are counted, it is estimated at approximately 3.5 million. 2.82 million represents a decrease of 8 percent since 2001 and a doubling since 1945. 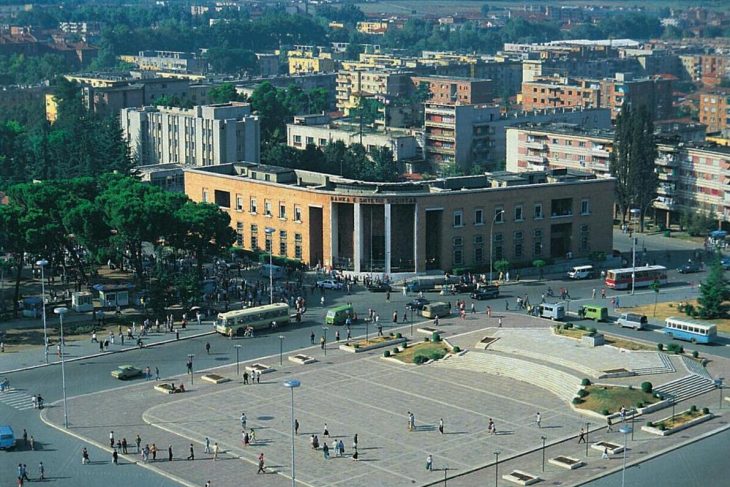 Albanian women have an average of 1.9 children. The population decline is due to emigration and falling birth rates. Life expectancy at birth is approximately 77 years for men and 80 for women. The infant mortality rate is 13.3 per thousand (UNDP 2015). Albania has a relatively young population. In 2010, 22.9 percent were under 14 years and approximately 13 percent older than 60 (UN 2010). However, the population is aging, mainly due to low birth rates and high emigration rates among the young.

46.3 percent of the population over the age of 15 are employed, and the total unemployment rate is 13.4 percent (UNDP 2015). Many Albanians work in other European countries, often in the informal labor market. In the mid-1990s it was calculated by approximately 20 percent of the Albanian workforce worked in Greece and Italy, the main beneficiary countries. It is believed that most of the Greek minority emigrated to Greece after the fall of communism. In 2016, the authorities introduced a new registration system for Albanians living abroad.

Throughout history, Albanians have lived fairly isolated, mainly because of the inaccessible mountain landscape, but also because of political factors. Under communism, the country was abruptly modernized, following a Stalinist model.

Population of Albania by Year (Historical)

Major Cities in Albania by Population

The official language is Albanian, a separate branch of the Indo-European language tree without close relatives. Albanian is thus very different from neighboring languages, but has many borrowing words, especially from Greek, Latin, Slavic and Turkish.

Albania is very ethnically homogeneous; 98.8 percent currently state Albanian as their mother tongue. Otherwise there small groups of Greeks, Macedonians, Montenegrins and rooms (Gypsies), all under one percent (INSTAT 2011). Large parts of the ethnic Albanian population in the Balkans live outside Albania’s borders, primarily in Kosovo and Macedonia, but also in Montenegro, Serbia and Greece.

Half a percent of the population cites Greek as their mother tongue, 0.16 percent Macedonian, 0.14 percent Romanian (Gypsy language) and 0.14 percent Aramaic. The number of residents who do not have Albanian as their first language has declined sharply, and especially Aramaic today is primarily used daily in the oldest age groups.

The Albanian written language is based on the dialect Tuscan (Tuscan) spoken in southern Albania, the one main dialect. The other, geish, is widespread in the north, in addition to Kosovo and Macedonia. There are also other variants of Albanian outside Albania itself, such as arbërisht in southern Italy, arvanítika (αρβανίτικα) in Greece and arnavutça in Turkey.

Today’s Albanians come from small shepherd communities in the mountains in the south-western corner of the Balkans. The term Albanians first appeared in texts in the 11th century.