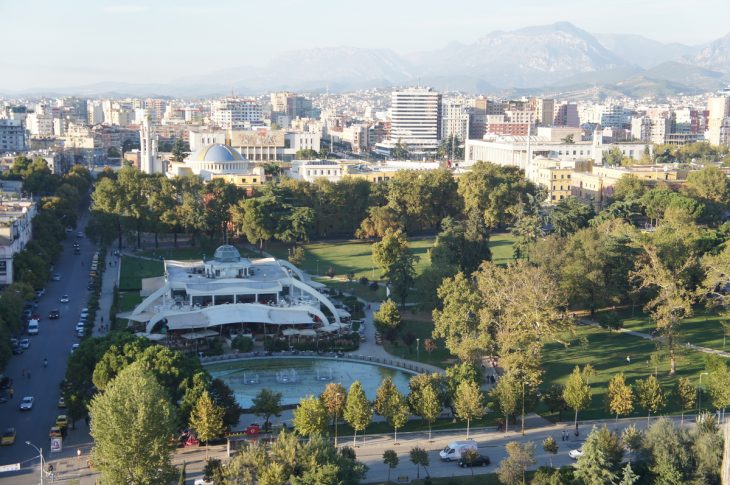 The capital of Albania and the country’s largest city. Tirana is located at the foot of the Kruja-Dajti Mountains, about 40 km from the Adriatic coast. The city has 421,000 residents, and there are 764,000 residents in the Tirana area (2018).

Tirana is a commercial and industrial center with a significant part of the country’s industry, which includes food and beverage, textile, graphic and workshop industries. There is a railway to the port city of Durrës and Tirana has an international airport. The University of Tirana was founded in 1957, in addition there are several colleges and private universities.

The city has a National History Museum, National Library, Theater, Opera, Symphony Orchestras, Ballet and more. Centrally located in the city is Skanderbeg Square with a large statue of the national hero Gjergj Kastriota (Skanderbeg). The architecture of the city center from the 1930s and the Mor Teresa Boulevard are characterized by Italian fascist style. The old Ottoman bazaar and several churches and mosques were demolished under communism. The statues of Lenin and Stalin were removed from the cityscape in the early 1990s. A large concrete pyramid originally built as a mausoleum for Communist dictator Enver Hoxhastill stands. After 2000 the center has been extensively renovated and known for houses newly painted in strong, colorful patterns. On January 21, 2011, there was a violent clash between the police and the opposition in front of the government building.