Where is Albania located on the map? Albania is an independent nation located in Southern Europe. Check out the following images to see location of Albania on maps. 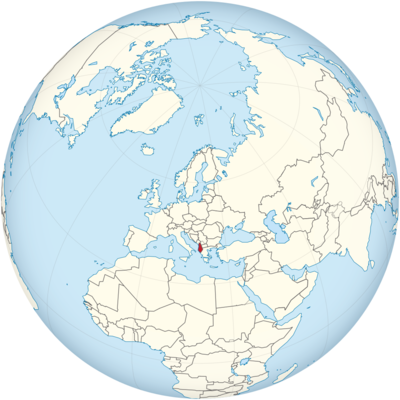 Albania is located in southeastern Europe on the Balkan Peninsula. To the west, Albania borders the Adriatic Sea (the Adriatic Sea) and the Ionian Sea. Both “seas” are part of the Mediterranean and therefore Albania is one of the Mediterranean countries (“neighbor” means neighbor). The neighboring countries of Albania are Montenegro and Kosovo in the north, Macedonia in the east and Greece in the south.

At 28,748 square kilometers, Albania is quite a small state. The country is inhabited by 2.8 million people. That’s not much, but people often live quite close together. This is mainly due to the fact that not all parts of Albania are habitable.

More than half of Albania is higher than 600 meters. So the country is very mountainous and hilly. Most of the cities and settlements are in the valleys or on the not-too-high hills of the country. Cities have spread mainly on the Albanian coast. There are some mountain villages in the plateaus, but life is not easy there, so not many people live there.

The high mountains in northern Albania are part of the Albanian Alps. The highest Albanian mountain Korab reaches a height of 2764 meters. At 285 kilometers, the Drin is the longest river in Albania and, like all major rivers in the country, flows into the adjacent Mediterranean Sea.

Albania is an economically very poor country, but nevertheless rich in a diverse culture, nature and beautiful landscapes. Many parts of the country are untouched and almost completely natural. With the help of this video you can get an impression of the country for yourself and admire Albania from above.

The weather and temperature in Albania mainly depend on the altitude at which you are. On mountains like the Korab, at an altitude of over 2000 meters, it gets a lot colder than in the flatter coastal areas. This is especially noticeable in winter. When it snows very heavily, the residents of the mountain villages are partially cut off from the outside world. That is why they must prepare for the winter beforehand. In contrast, the summer climate in other areas of Albania is almost almost desert-like.