Northern Macedonia, state of the Balkan Peninsula in southeastern Europe; 25,713 km2, 2.1 million residents (2019).Northern Macedonia borders Serbia in the north, Albania in the west, Greece in the south and Bulgaria in the east. The capital is Skopje (500 400 residents, 2015). The country was recognized in 1993 by the UN under the name Former Yugoslav Republic of Macedonia (FYROM) and on 12 February 2019 changed its formal name from Macedonia to Northern Macedonia. 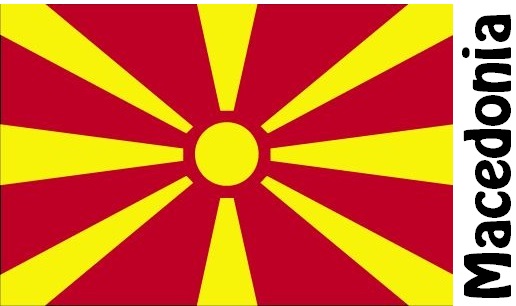 The middle part of northern Macedonia consists of a lowland, which is flooded by the river Vardar with its tributaries. Both east and west of this, the landscape is dominated by mountain areas. Northern Macedonia has a continental-style climate with precipitation distributed over most of the year, during the winter in the form of abundant snow.

The country’s parliament, whose members are elected for four years, exercises legislative power. The President of the Republic is elected in direct elections for five years. The executive is exercised by the government. The country became independent in 1991.

Northern Macedonia, whose economy is heavily dependent on surrounding countries, has been hit hard by the region’s many conflicts. Products from the engineering industry, raw materials and food are the most important export goods, while the import side is dominated by fuel and machinery. Agricultural production consists largely of livestock management and mainly production of dairy products. The capital Skopje is the country’s industrial center with, among other things, significant food, textile and leather industries.