Montenegro, state of the Balkan Peninsula in southern Europe; 13,812 km2, 622,000 residents (2019).Montenegro borders in the east to Serbia, in the south to Albania, in the west to Croatia and in the northwest to Bosnia and Herzegovina and in the west to a coastline along the Adriatic Sea. The capital is Podgorica (151,000 residents, 2012). The country was formerly part of Yugoslavia. When Yugoslavia disbanded in 1992, Montenegro became one party to the Federal Republic of Yugoslavia, 2003–06; Serbia and Montenegro, but following a referendum in May 2006, independence was declared on June 3 of the same year.

Montenegro is dominated by a mountain landscape. Plains are only found along the Adriatic coast and in the southeastern parts, around the capital and Lake Shkodar. The interior of the country has a continental climate with cold winters and hot, humid summers. The coastal area has a Mediterranean climate with hot, dry summers and relatively mild winters.

Montenegro was previously part of Yugoslavia. When Yugoslavia disbanded in 1992, Montenegro became one party to the Federal Republic of Yugoslavia, 2003–06 Serbia and Montenegro, but after a referendum in May 2006, independence was declared on June 3 of that year. According to the 2007 Constitution, the President has the executive power while the Parliament has the legislative power. The President is elected for a term of five years, while the members of Parliament are elected for four years.

Montenegro was one of the least industrialized areas in Yugoslavia. Agriculture, tourism and coal, steel and aluminum production were the main industries. During the 2000s, some attempts were made to attract foreign investors. The decline in tourism in the 1990s has started to grow again, which has also led to a sharp increase in the construction industry. 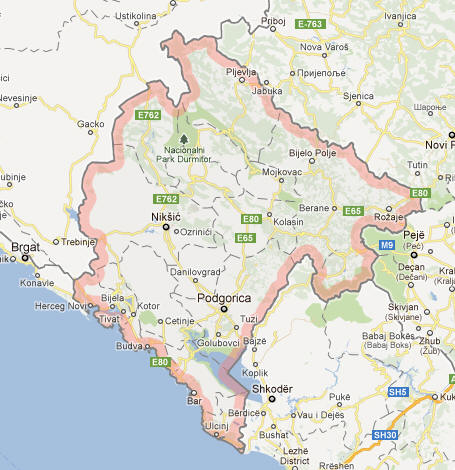