Where is Montenegro located on the map? Montenegro is an independent nation located in Southern Europe. Check out the following images to see location of Montenegro on maps. 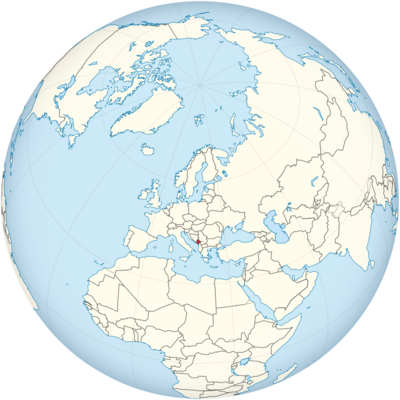 Montenegro is one of the Balkan states. These are states that are located on the Balkan Peninsula in south-eastern Europe. In the south-west, Montenegro borders on the Adriatic Sea, in the west and north-west on Bosnia and Herzegovina, in the north-east on Serbia and in the east on Kosovo and Albania. With 13,812 square kilometers, Montenegro is about the same size as the federal states of Bremen and Berlin combined.

The map of Montenegro also shows the neighboring countries.

In terms of landscape, mountains and forests are typical for Montenegro. The name of the country of Montenegro is derived from the northern Italian dialect of Venetian, namely from Montagna negro. Translated, this means “black mountains”.

The country is part of the Dinaric Mountains and in the interior has many inaccessible high mountains. The mountains are cut by many deep ravines. There is also a lot of forest. Only in the southeast of the country is the area flatter and more fertile. There are some very steep cliffs on the Mediterranean coast.

The Tara River is the longest river in Montenegro and flows through a gorge named after it, the Tara Gorge. This is 78 kilometers long and in places more than 1,300 meters deep. This makes it the deepest canyon in all of Europe and even one of the deepest in the world. There are waterfalls up to 60 meters high.

Despite its small size, Montenegro has three climatic zones. The climate on the coast is Mediterranean. In summer it gets quite hot and dry here, the winter is mild and humid. Snow rarely falls, because the temperatures in winter usually stay between four and 11 degrees.

However, further inland the climate changes. On the mountains in Montenegro there is often a lot of precipitation, so it rains a lot. With Crkvice there is even the wettest place in Europe. The winters are cooler here than on the coast, but the summers are hotter.

In the rest of the country and thus in the largest area, the climate is temperate and therefore very similar to what we have in Central Europe. It’s just a little warmer overall.