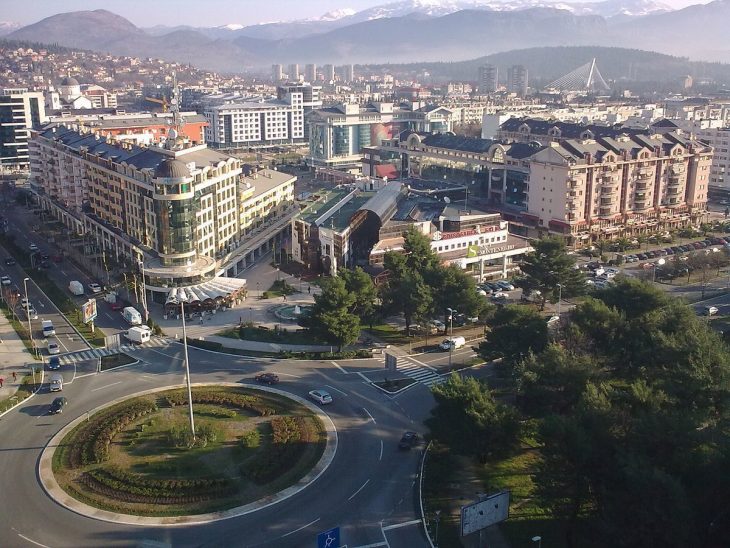 Podgorica is the capital of Montenegro. The town is close to the confluence of the Ribnica and Morača rivers; 100 kilometers within the coast of the Adriatic. Podgorica, which has 156 169 residents (2018), is the country’s administrative, economic and cultural center.

In the city there are both aluminum, machinery and wood products, as well as wine production. Podgorica International Airport is south of the city, which is also the country’s railway hub. A new bridge over Morača was opened in 2005.

In Podgorica there are three universities. In the Georgian church, originally from the 9th century, there are very old frescoes by an unknown master. The church has not retained its original appearance, but remains one of the city’s main attractions. Construction of Christ’s Resurrection Cathedral began in 1993 and lasted for 20 years. In the church there are many stone sculptures and several frescoes.

The town is mentioned in 1326 and belonged to Turkey in 1474-1878. It suffered major damage during World War II. The city was called Podgorica until 1946, when it became the capital of the Montenegro sub-republic and was then named Titograd in honor of Josip Broz Tito. The city got its old name back in 1992.