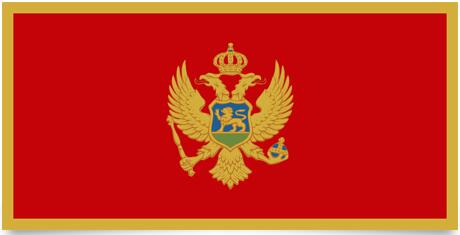 The red color appears in earlier Montenegrin flags, as does the gold edge, which has varied in the colors gold and silver. When the country was a sub-republic of Yugoslavia, the flag was a tricolor in red, white and blue which are the pan-Slavic colors. The flag also had a red star as a symbol of socialism, here too the golden edge was found.

Following a referendum in Montenegro, a narrow majority had voted to make Montenegro independent. As of June 3, 2006, the country is independent and in connection with this, the then interim flag was also adopted as the national flag. The flag had been designated as the Interim Flag by Parliament on 12 July 2000.