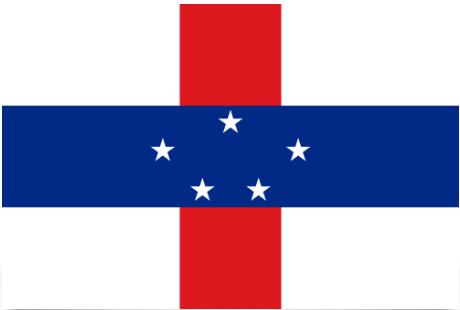 The flag of the Netherlands, also called the flag of Holland, has three horizontal fields with three different colors (tricolors) in red at the top, white in the middle and blue at the bottom of the flag. The older Dutch flag had an orange color on top instead of red, and when that color mixture faded (yellow mixed with red), the orange color turned red.

The older flag was also used as a symbol of freedom and orange is still the familiar color of the Netherlands. The flags of New York and South Africa were also based on the older flag.

The land is a large lowland, which is 38% below sea ​​level. There is no other country where man has interfered with nature to that extent. Nearly 20% of the country’s land has been artificially laid down by dams over the centuries, and the natural waterways have been expanded with a very well developed network of canals. Almost half of the population lives in the big cities in the west, where the population density is approx. 900 people per km2. The Netherlands is thus one of the most densely populated areas in the world.

The Netherlands houses a very intensive agricultural production, the main products of which are meat, dairy products and vegetables. The country is also highly industrialized and the world’s third largest producer of natural gas. It also plays an important role in oil production with refineries in the Netherlands Antilles in the Caribbean and in Rotterdam, which is also the world center for the free trade in the oil spot market. Due to the intensive use of fertilizers and pesticides, groundwater is heavily polluted and the rivers are also heavily polluted by organic and industrial waste from the Netherlands itself and from countries further up the rivers.

Official name: Kingdom of the Netherlands.

Capital: Amsterdam, 1,364,422 residents (2009). Although the seat of government is in The Hague, Amsterdam has official status of the capital.

Government: Constitutional Parliamentary Monarchy. King Willem-Alexander has been head of state since April 2013. Mark Rutte has been Prime Minister since October 2010, re-elected in 2012. Two Chamber Parliament. The First Chamber has 75 members elected by the 12 provincial parliaments. The Second Chamber has 150 members elected by direct election.