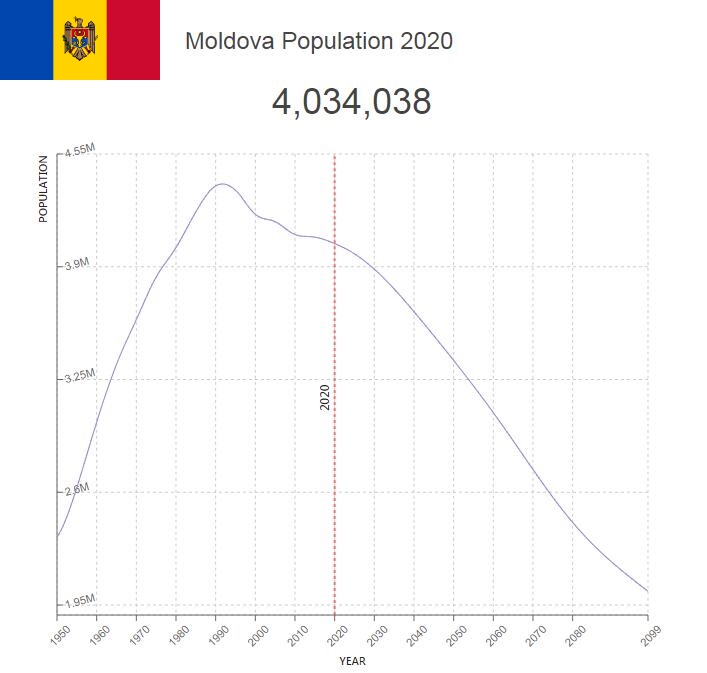 Moldova became independent after the fall of the Soviet Union in 1991, and is today one of the poorest countries in Europe. The country has a common cultural heritage with Romania, and their languages ​​are almost identical.

When Moldova was one of the republics of the Soviet Union (until 1991), the population grew significantly, especially in the 1960s. Immigration from other parts of the Soviet Union was a major reason. In 1989, the country had 4.3 million residents. The population has since declined somewhat (2018: 3.5 million). Poverty has led many to leave the country to seek employment elsewhere. But there are also many who move to the country. Most of them are former emigrants who return. In total, there is an annual net emigration of approximately 50 000. The age composition of the population has been changing for several years. The older year classes make up an increasing proportion, while there are fewer in the younger year classes. 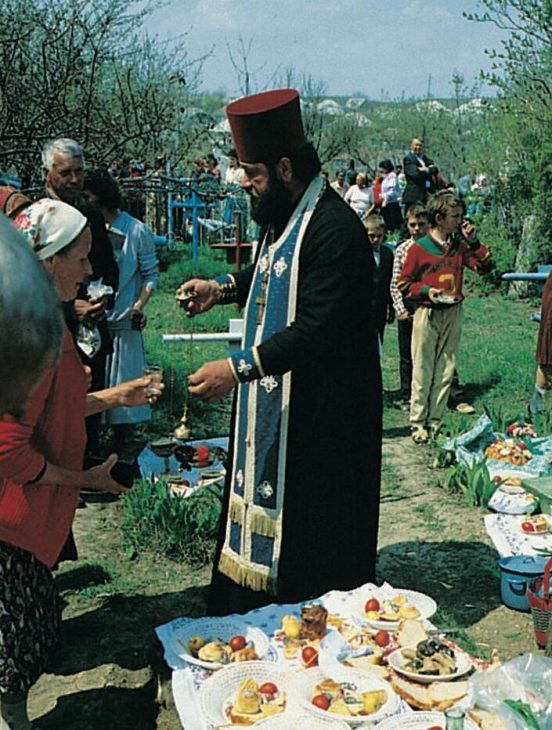 Population of Moldova by Year (Historical)

Major Cities in Moldova by Population

At the 2014 census, 75 percent of the population declared themselves Moldovans and 7 percent as Romanians. Other population groups are Ukrainians (6.6 percent), Russians (4.1 percent), Gagusians (4.6 percent), Bulgarians (1.9 percent).

As it can often be unclear what is meant by moldover as an ethnic group name, it is also of interest to include what people answer to questions about mother tongue and everyday language. Since Moldovan and Romanian are the same language (the two names are due to political conditions, not linguistic), Romanian is used here as a common term. Then, in 2014, 80.2 stated Romanian as their mother tongue, while 78.6 had it as a daily language. Russian was the mother tongue for 9.7 percent and the native language for 14.5 percent. Corresponding figures for Ukrainian were 3.9 and 2.7 percent, for Gagusian 4.2 and 2.7 percent, Bulgarian 1.5 and 1.0 percent.

43 percent of the population lives in cities. Next to the capital Chişinău are the main cities of Bălţi, Tiraspol (in Transnistria, outside the control of the central government), Bender (also called Tighina, in Transnistria), Rîbniţa (Transnistria), Cahul, Ungheni, Soroca, Orhei.

The Russians and the Ukrainians are over-represented in the largest cities in proportion to their share of the total population. In Chișinău, in 2014 there were 37.7 percent of Russians and 14.9 percent of Ukrainians, thus more than half of the population (52.6 percent) in the country’s capital belonged to these two Slavic peoples, against 10.7 percent in the entire country. In the 19th century, the cities were dominated by Russians and Jews.

Today, there are few Jews in Moldova. After World War II, Soviet industrialization led many Russians and Ukrainians to immigrate to the cities of Moldova. The Moldovan population was subject to a strong linguistic Russification pressure under the Moscow regime, including through the education system.

In Moldova, Orthodox Christianity dominates. The Orthodox Church is divided into two. The largest is subject to the Moscow Patriarchate. The smallest is associated with the București Patriarchate. At the census in 2014, 97 percent stated that they considered themselves Orthodox. 1 percent stated that they were Baptists. While in Soviet times it was approximately In 2014, 50 percent considered themselves “non-religious,” only 0.2 percent called themselves atheists or agnostics. 7 percent did not answer the question of religion.