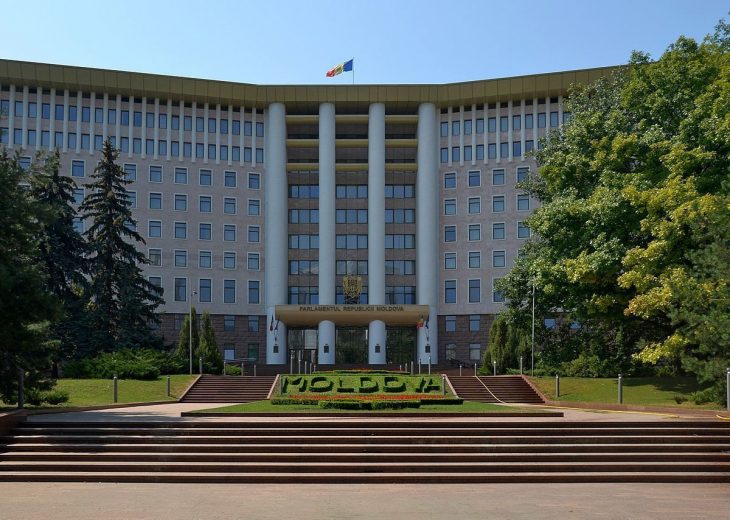 Chişinău, the capital of Moldova. Chişinău is located by Dnestr’s bielv Bîc and has 681 100 residents (2016). The town is a communications center and is located in a rich agricultural district where grapes are grown, among other things. Chișinău is also the country’s most important industrial city with machinery, textile, wood processing and food industries. The state university was founded in 1945. The country’s Academy of Science is also located there. The city has several other research institutions and higher education institutions, national theater, opera and ballet and a number of museums.

A new city plan from 1834 created a center with straight, wide streets in a square street network, at the same time as a number of major construction works were initiated, including the cathedral from 1830-1835. Aleksandr Pushkin stayed in the city in the early 1820s and wrote several poems there. The Pushkin Museum is a reminder of that. The city’s main street, Bulevardul Ştefan cel Mare, is over 3 km long, and along it are a number of public buildings and institutions.

Chişinău is first mentioned in the 15th century and achieved city status in the 1660s. In 1812, along with the rest of Bessarabia, the city was annexed by Russia, having previously been part of the Principality of Moldova. In 1818, the city became the capital of the new Russian province and grew rapidly. Chişinău belonged to Romania 1919–1940 and 1941–1944 and during the interwar period was Romania’s second largest city. In addition to Romanians and Russians, the city had a large Jewish population at that time (over a third). From 1944, the city was the capital of the Soviet Republic of Moldova (Russian name form: Chisinau). Population growth and industrialization have been strong in the post-war period. In 1989, Moldovsk, which is the same language as Romanian, declared a state language, and the Latin alphabet was introduced. The city thus regained the Romanian form of Chişinău. In 1991, Moldova declared its independence with Chişinău as its capital.