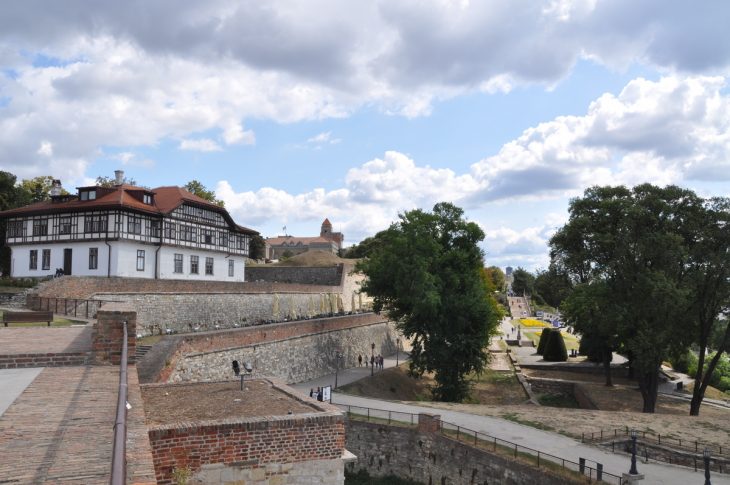 Belgrade, (‘the white city’) is the capital of Serbia. The city is located at the Sava’s outlet in the Danube and has 1,398,000 residents (2018). About 90 percent of the population is Serbian. The city has a large river port and is a hub for both rail, road and air traffic. Belgrade International Airport is 18 kilometers west of the city. Belgrade is the country’s political, cultural and economic center, with considerable industry. The city is also an educational center with several universities, colleges and academies. Belgrade University from 1863 has 31 faculties with approximately 90,000 students.

There are a number of museums, including the National Museum, Ethnographic Museum and Museum of Modern Art, National Theater and more. The National Museum of Serbia was founded in 1844. The museum contains over 400,000 archeological and art objects. It was reopened on June 28, 2018 after being closed to the public since 2003. During this period, the museum was significantly restored. On a limestone cliff in the old town lies the Turkish fortress Kalemegdan, which was built in 1717-1735. The fortress is now a museum. At the highest point of the district, the Vracar Plateau, lies the Saint Savage Church, which was begun in 1937, but is still in the works. This is the largest Orthodox church in the world, with room for just over 10,000 visitors.

West of the Old Town, on the other side of the Sava River, lies Novi Belgrade, which was developed after World War II as the administrative center for both the central government and the Serbian state government. Belgrade is the seat of Catholic Archbishop and of Serbian Orthodox Patriarch.

Belgrade originates from the Celtic city of Singidunum, which in August became a Roman fort. It was destroyed by hunters and Goths, but rebuilt by Justinian 1. Byzantines, Bulgarians and Serbs fought for the city, which was an important Hungarian border fortress from 1427 until it was conquered by the Turks in 1521. Belgrade was then a Turkish main support point until 1867, interrupted by Austrian occupation in the periods 1688–1690, 1717–1739 and 1789 –1791, as well as a Serbian rebellion from 1807 to 1813. In 1817, Belgrade became the capital of the prince of Serbia and in 1867 for the independent Serbia. After the shootings in Sarajevo took World War I with an Austrian bombing of Belgrade in 1914, which was occupied by the Austrians in November – December 1914 and from October 1915. The city became the capital of the newly created Yugoslavia in 1918 (and continued as the capital of Serbia and Montenegro (which maintained the name Yugoslavia until 2004) when the federation dissolved in 1991-1992), and from 2006 in Serbia, when the federation of Serbia and Montenegro dissolved. Belgrade was severely injured during German air strikes during World War II in April 1941 and when the Yugoslav and Soviet forces occupied the city in October 1944. NATO bombed Belgrade in 1999, see Serbia and Montenegro’s history.