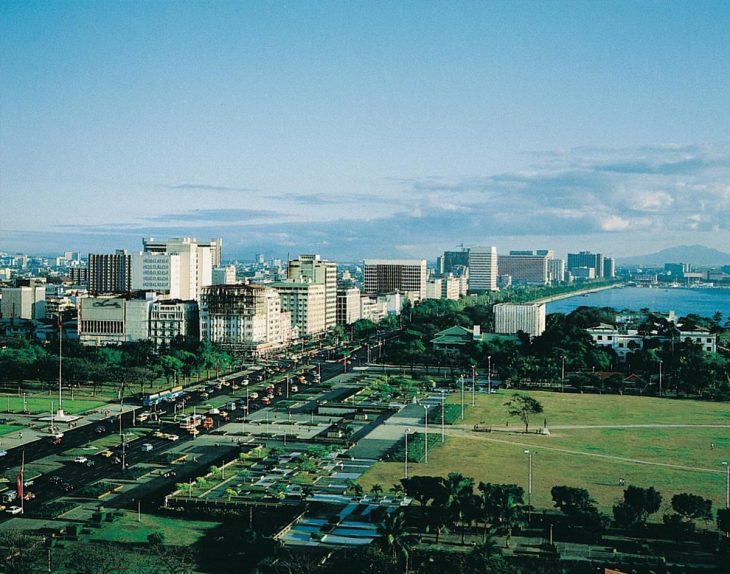 Manila is the capital and largest city in the Philippines, on the west coast of the island of Luzon, on the Gulf of Manila, where the Pasig River flows. In the city itself, which covers an area of ​​42.88 square kilometers, there are 1,780,148 residents (2015).

Manila, together with 13 surrounding cities and three municipalities, forms a continuous metropolitan area called “Metropolitan Manila” or “National Capital Region”; an area of ​​636 square kilometers and with 12,946,000 residents (2015).

Manila is the country’s administrative, commercial, educational and industrial center, and is one of Asia’s fastest growing major cities. Manila port represents most of the Philippines’ foreign trade. The urban area has developed a significant metal and textile industry and has sugar refineries, oil mills, tobacco and chemical factories as well as production of electrical and electronic products. Manila is the Philippines’ dominant banking and insurance center, and is the seat of the Asian Development Bank (ADB).

In Manila, there are several cultural institutions, including a national museum, anthropology museum, national library, a city museum, a children’s museum and a planetarium. Inaugurated in 1969, the Culture Center of the Philippines (CCP) aims to preserve and promote Filipino art and culture. The cathedral is from 1571. The St. Augustin church which dates from 1607, is the oldest stone church in the Philippines. This church is on the UNESCO World Heritage List.

The city is also the seat of several private and public universities, including the University of the Philippines (UP) in Quezon City. The two oldest universities are Santo Toames from 1611 and San Juan de Letran from 1620.

The oldest part of town is at Pasig’s mouth. To the south lies the old fort of Santiago and the Intramuros district, which is surrounded by a ring wall. Originally, only Spaniards and mastics could live here. Just south of Intramuros is Rizal Park (or Luneta Park), which is named after Philippines national hero José Rizal. To the south of the park is the Ermita district, which is the main tourist center. North of the Pasig River lies the presidential palace Malacañang.

Most government agencies have their offices in Quezon City northeast of Manila. Here is also the lower house of the National Assembly. Makati in the southeast is the center of the banking and finance industry, as well as the seat of most embassies. The international airport (Ninoy Aquino) is located in Pasay in the south. A new track system of 16.8 kilometers was completed in 2000.

Manila was a thriving Muslim kingdom until the Spanish Expedition leader Miguel Lopez de Legazpi conquered the city in 1571 and made it the capital of the entire Philippines. The town was under British occupation in the years 1762-1764. Manila was conquered by the Americans in 1898 after the Spanish fleet, which lay at Cavite Fleet, was destroyed.

During World War II, Manila was conquered by the Japanese in January 1942 and liberated by the Americans in February 1945. Most of the Intramuros old town was destroyed by Japanese bombing, despite US General MacArthur officially declaring Manila as “open city”. 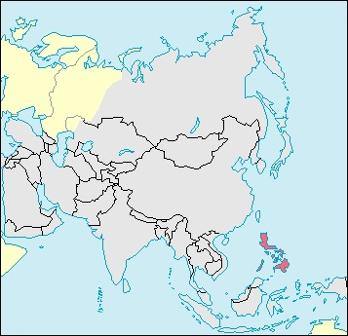