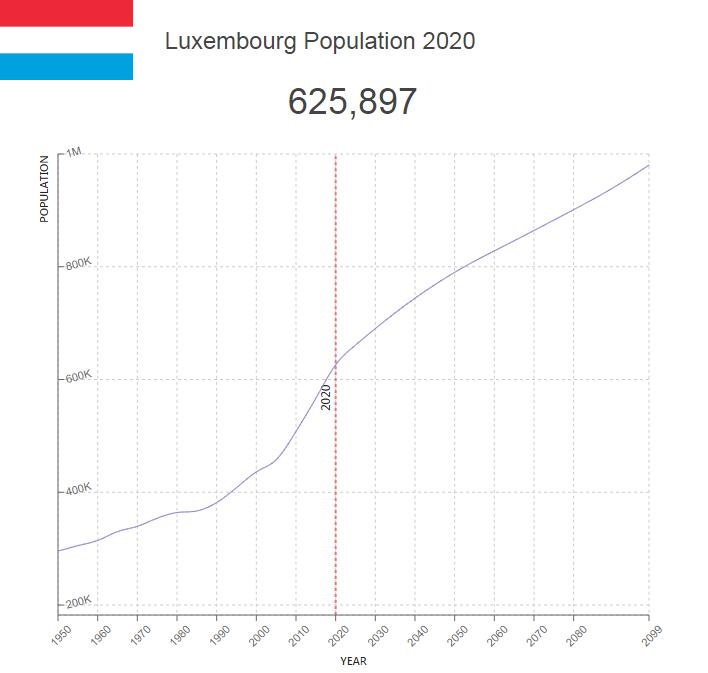 Luxembourg is a small country in the middle of Europe, and the world’s only Grand Duchy. Luxembourg was one of the six countries that founded the EU, and is one of Europe’s most important financial centers.

The population of Luxembourg is estimated at 543,000 (World Bank 2013) and annual population growth at 2.3%. Natural growth (born ÷ dead) is low, and immigration accounts for the majority of population growth. In 2012, Luxembourg had a birth rate of 11.3 per thousand and a death rate of 7.3. Each woman has an average of 1.77 children (CIA World Fact Book). 37% of the total population is foreigners, most from southern Europe (Portuguese, Italians, French). 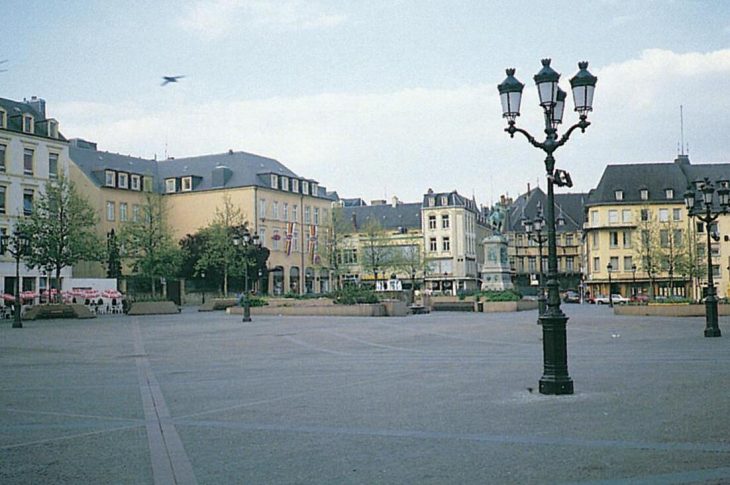 The population density is approximately 209.7 per km2, but is unevenly distributed. The settlement is the closest around the capital, in the industrial areas to the south and in the agricultural areas of Gutland. 92% of the population lives in cities. The largest cities are the capital Luxembourg, Esch-sur-Alzette, Differdange and Dudelange.

Population of Luxembourg by Year (Historical)

Major Cities in Luxembourg by Population

About 91% of the population are Catholic Christians, and there are also Protestant Christians and Jews.

Official languages ​​are French, German and Luxembourgish. The latter is a Moselle Franconian dialect of German, which is also the mother tongue of the majority of the population. It is significantly different from German (High German) and not easily understandable to German speakers.