Bosnia and Herzegovina is mountainous, especially in the western parts of the Dinaric Alps. Extensive plateaus lie between the mountain ranges. Only the area west of the Dinar Alps has a Mediterranean climate. The rest of the country has a continental climate.

It is an independent state consisting of two entities based on ethnic criteria: the Bosnian-Croat Federation of Bosnia and Herzegovina and the Serbian Republic (Republika Srpska) and the district of Brčko. The constitution of two units means that there is president, parliament and government at both national level and in the two units. The country was declared an independent state in 1992, and the same year a civil war broke out. In 1994, Bosniaks and Croats formed a federation, which was confirmed in 1995 in the Dayton Agreement.

Before the civil war, the country’s economy was dominated by agriculture and some industry, but much of the industrial activity was destroyed during the civil war. The rebuilding of the country’s economy has been slow, but during the 1990s there was some growth in both industry and the service industries. However, growth was slowed by the international financial crisis of 2008–09, and in 2012 the country was forced into an IMF emergency loan of just over EUR 400 million. 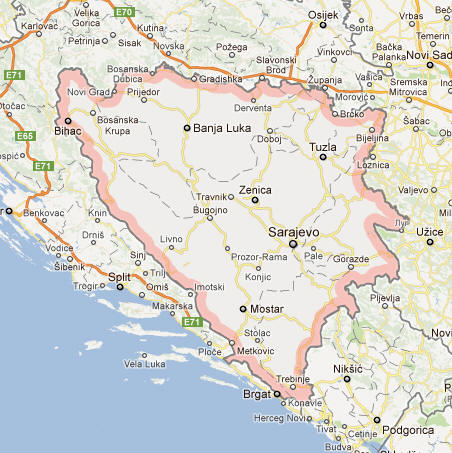