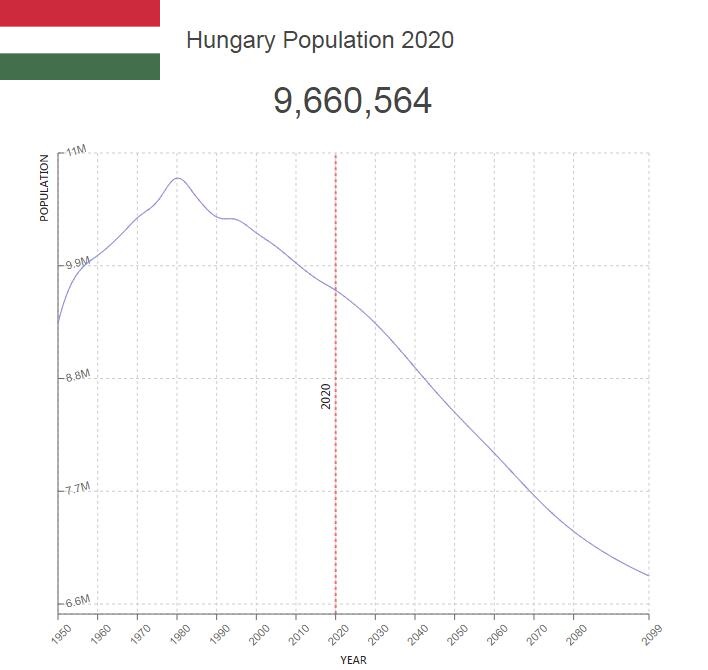 Throughout history, Hungary has been controlled by many different cultures, kingdoms and peoples. Today, the country’s policies are strongly criticized for undermining basic democratic principles.

The population in Hungary is about 9.77 million (2020). Birth and death rates are relatively low. Life expectancy is 73 years for men and 80 years for women. The population shows a declining trend due to low birth rates. Each woman has an average of 1.47 children (2020). 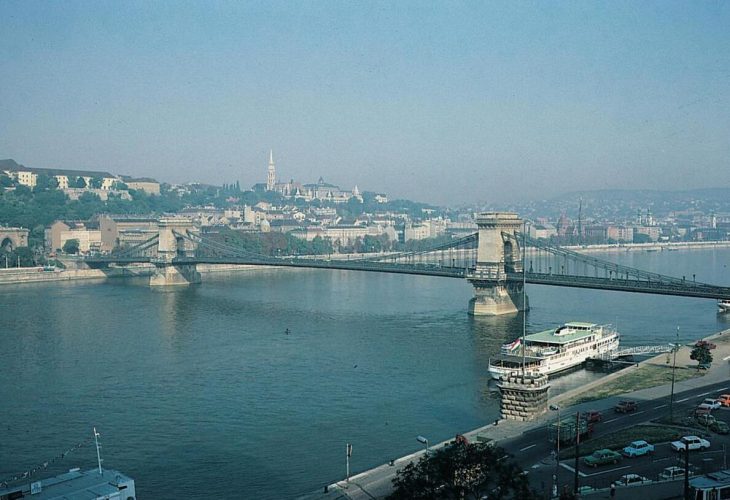 Population of Hungary by Year (Historical)

Major Cities in Hungary by Population

Almost the entire population is Madjars, which in 2020 made up 85.6 percent of the population. The largest minorities are Romans, Germans, Serbs and Slovaks. There are around 7.5 million Hungarians living abroad; the largest groups in Romania, Slovakia, Serbia, USA, Israel and Canada. In 1988, Hungary received many refugees from Romania in connection with the demolition of Hungarian villages in Transilvania.

In 2006, the population density was 108 people per square kilometer. 72 percent live in cities (2020), around 20 percent in the area around the capital Budapest. In addition, the population is relatively evenly distributed in small towns and villages. The least populated are the central mountain regions and Nagy-Alföld. Major cities are Budapest, Debrecen, Miskolc, Szeged, Pécs and Győr.

As in the Czech Republic and Germany, the Reformation triggered church strife among Hungarians, and all the major denominations are represented in the country. From 1948 to 1960, the churches experienced a very difficult time when bishops were deposed, priests imprisoned and so on. From the 1970s, religious communities operated in peaceful coexistence with the state, and from the 1980s, full religious freedom prevailed.

Hungarian is officially the language and mother tongue of the majority of the population. Minority languages ​​are German, Slovak, Romanian and Romani.