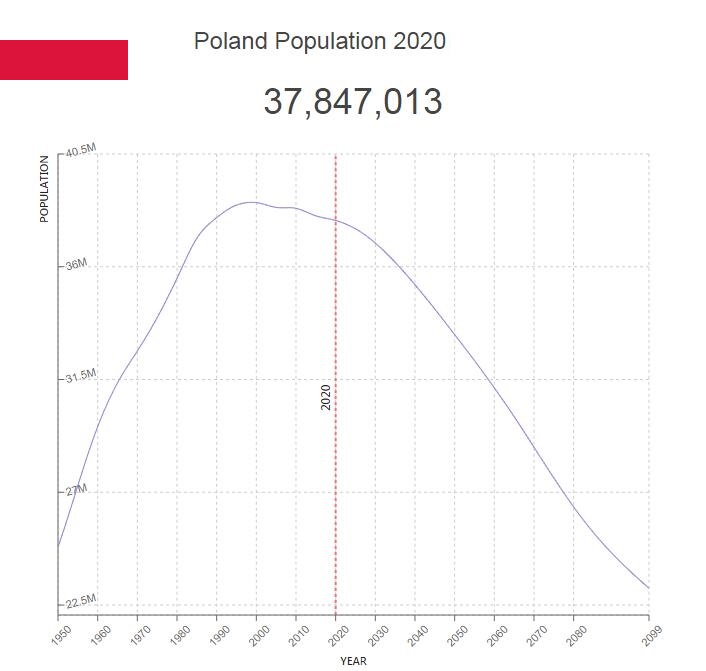 Poland has had good economic development since the fall of communism. In recent years, the country has taken steps in an undemocratic direction.

Poland has a population of 38 420 687 residents (2018, CIA World Factbook). This makes Poland the most populous of the new EU countries in Central and Eastern Europe. 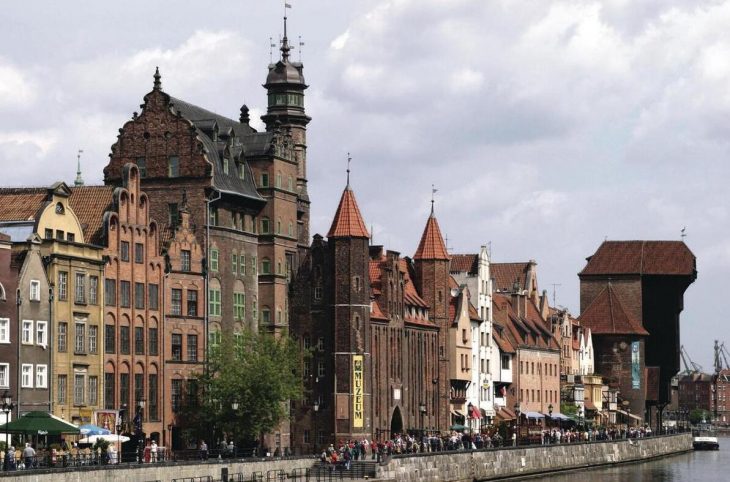 In 2018, the number of residents was reduced by 0.16 percent. There has been a corresponding annual reduction in population since 2000. This is linked to a low birth rate of 1.36 percent (2018) and emigration. Against this background, with a view to, among other things, promoting population growth, a system of child benefit was introduced on April 1, 2016, which means that families with more than one child will receive PLN 500 (approximately NOK 1150) per month in child benefit per child, but not for the first child. Approximately 2.7 million families received such support in 2018. From September 2019 child benefit was also provided for the first child.

However, the Polish Statistics Agency’s projections show that by 2050 the country’s population will be reduced to approximately 34 million residents.

Population of Poland by Year (Historical)

Major Cities in Poland by Population

98 percent of the population is ethnically Polish. Ukrainians and Belarusians make up one percent, while the last percent mainly comprises Germans, Jews, Lithuanians and Roma.

The official language is Polish, which is the mother tongue of about 98 percent of the population. The largest linguistic minorities are German, Ukrainian, Belarusian and Kashubian.

In the Middle Ages, Poland was a free zone for Jews from other countries in Central and Southern Europe.

Immigration of Jews began in the late 11th century and peaked in the 16th century. In the mid-14th century, there were Jewish settlements in at least 35 cities in Poland.

From the middle of the 18th century many Poles emigrated to the Ruhr district, Belgium and France, but also to Switzerland, the United Kingdom, Italy and Turkey. The bulk of the emigration to North and South America took place in the period 1860-1914. It was initially about farmers and workers who then had difficult living conditions in Poland. The largest group of emigrants went to the United States. After World War I, many Polish intellectuals settled in Paris, and in 1919-1920 a large number of Polish miners emigrated to Pas-de-Calais.

In the first half of the 17th century, Polish prisoners of war were sent to Siberia. During the period 1795-1918 deportation of Poles from the part of the country which then belonged to Russia continued. In the city of Irkutsk, a large Polish colony was registered in 1880.

Figures for emigration and deportation before World War II are uncertain, but it is recorded that only in the period 1914-1931 approximately 3.6 million people left Poland.

The population of Poland during World War II

Before World War II, Poland was one of the most mixed European countries. Of a population of about 35 million, Poles made up 24, Ukrainians 5-7, Jews 3.3, Belarusians 1.5 and Lithuanians/Germans about 0.5 million.

Poland was the country in the world that suffered the greatest loss of human life during World War II. About six million people were killed as a result of war, terror and concentration camps. Over 90 percent of the country’s Jewish population was exterminated.

As a result of World War II, Poland lost 180,000 square kilometers of land in the east, now parts of Lithuania, Belarus and Ukraine. In contrast, the western border was shifted to the Oder-Neisse line, while the former Free State of Danzig and an area south of Kaliningrad became part of Poland. This led to displacements, partly by force, of about ten million people.

By the changes of the eastern border in 1945, 1.7 million Poles and 0.5 million Ukrainians and Belarusians were exchanged between Poland and the Soviet Union. In the German territories taken over by Poland in 1944–1845, before the war there were 8.5 million people, predominantly Germans. The majority of the German population fled or were expelled. 2.5 million Poles moved to the area from the central and eastern parts of Poland, and from the Lithuanian/Belarusian and Ukrainian territories that Poland had to relinquish to the Soviet Union. Of the few remaining Germans, a large proportion later left Poland, especially after the 1976 agreement was signed by the country to repatriate the majority of the German-speaking population over the next 10-15 years. But there are still a significant number who feel like Germans in Poland, especially in former Silesia. In 1991, Poland committed itself to respecting minorities linguistic, cultural and religious identity.

Most of the Jews who survived World War II have emigrated. Thus, during communism, but especially during the years 1956–1957 and 1968–1969, there was an extensive emigration of Polish Jews, especially to the United States and Israel. The result is that today there are just under 10,000 Jews living in Poland.

Since Poland joined the EU and part of the EEA on 1 May 2004, approximately 2.3 million Poles have taken up employment in other EU/EEA countries, most of them in the UK and Ireland. Many of these have emigrated. About Poles in Norway see the article Poland’s relations with Norway.

In total, Polish authorities estimate that between 15 and 18 million Poles/people of Polish descent live abroad. The largest group is in the United States. In Chicago there is a Polish colony of about one million people.

Around 200,000 foreign nationals, mainly from other EU countries, Ukraine and Belarus, are currently working in Poland. Most have not immigrated. In light of Poland’s relatively strong economy, the Polish authorities expect some immigration from countries in southern Europe in the years to come. Following the influx of refugees to Italy and Greece in 2015, the Polish government decided in the autumn of 2015 to accept 5000 of these refugees, see the article Poland’s foreign policy.

60.1 percent of the population lives in urban areas (2018). In only four of the country’s 16 counties, more people live in rural areas than in urban areas. There are the following four counties in the south and southeast: Podkarpackie, ietwietokrzyskie, Lubelskie and Małopolskie.