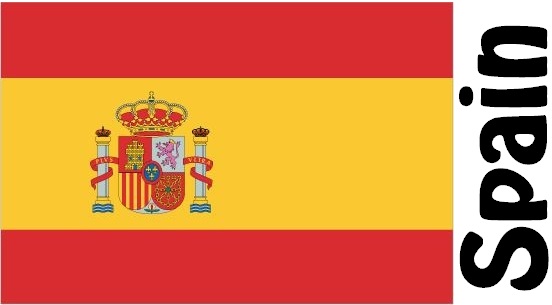 The central parts of Spain are extensive plateaus. The border area to the plateaus is in many places high and mountainous. The country is within the warm-temperate climate zone but is exposed to both cool, humid air masses from the North Atlantic and dry, warm from North Africa.

Spain has in a short time been transformed from a prominent agricultural country to an industrial and service country. Contributions from the EU’s structural funds, etc., have accelerated the necessary restructuring and enabled major improvements in the country’s infrastructure. More than half of the country’s area is agricultural land, but with the exception of fruit and vegetable cultivation, agriculture yields lower returns in Spain than in many other EU countries. Traditional industrial areas are the Basque Country and Catalonia. The country also has a large tourism industry. After experiencing stable economic growth during the 1990s, the country entered a phase of negative GDP growth and rising unemployment in 2009. The economic crisis has since increased and unemployment has risen to 24 percent. 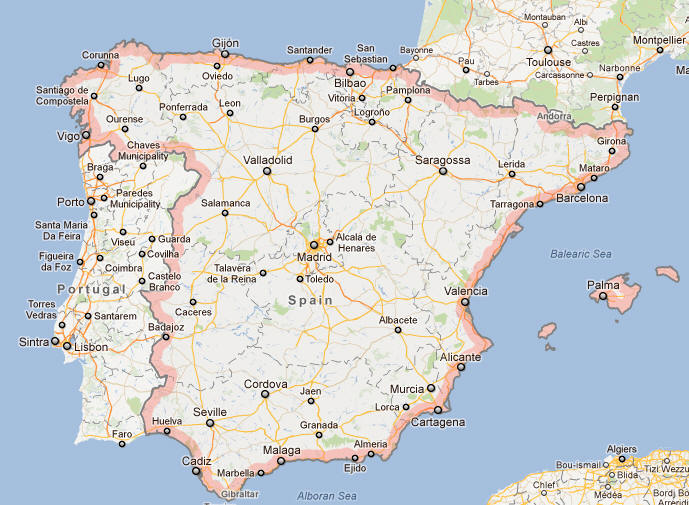