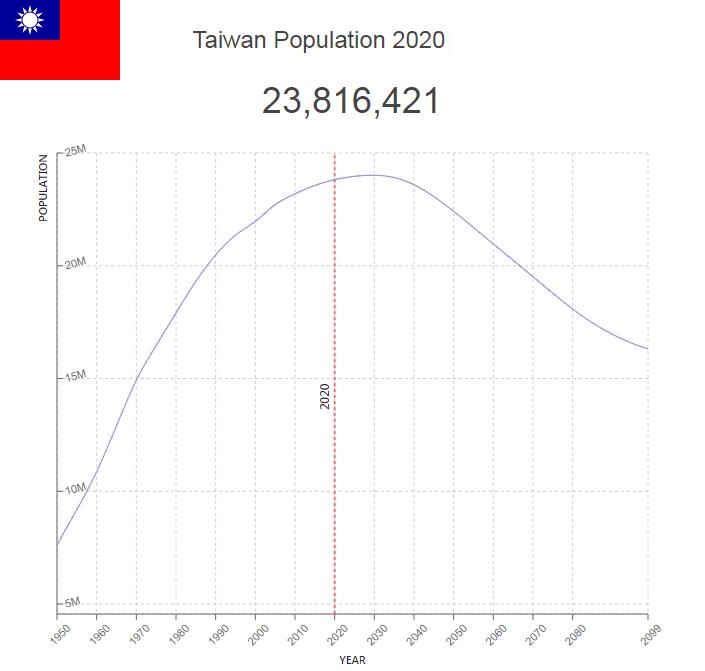 Taiwan is one of the economic and technological successes in Asia. The country has a complicated relationship with China, is recognized only by a few countries, and is not a member of the UN. 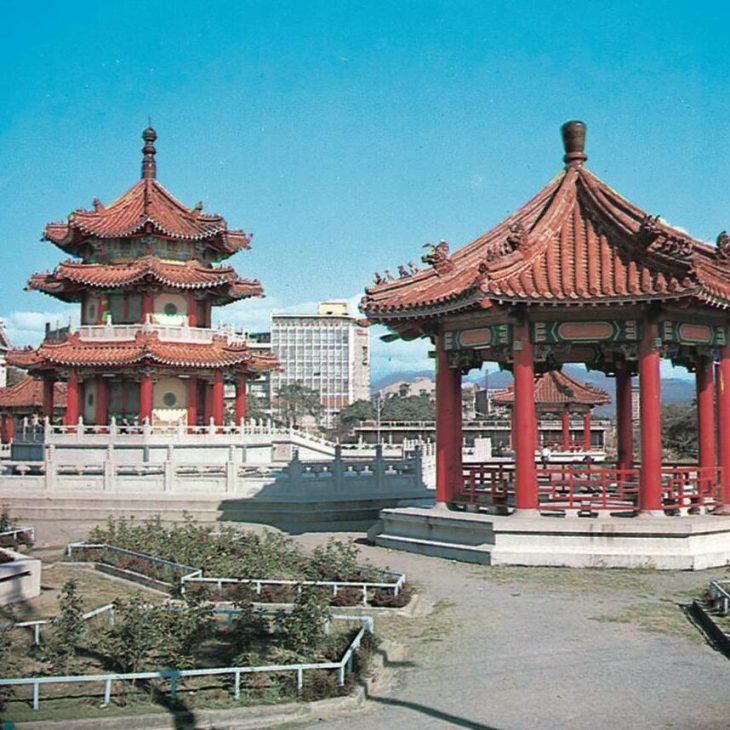 From 1949 the population increased rapidly due to high birth rates, immigration from China and improved health in the population. Thus, Taiwan’s population growth in 1951 was 4.32 percent. The percentage growth in population was gradually reduced, but in 1968 it was still above three percent. It dropped to 2.08 percent in 1972, to 1.05 percent in 1990 and has since been lower than one percent. Reduction in the percentage of population growth is especially related to the decline in birth rates. The birth and death rates are 8.2 and 7.7 per 1000 residents respectively. The birth rate is 1.13 children per woman (2018).

Population of Taiwan by Year (Historical)

Major Cities in Taiwan by Population

95 percent of the population is male Chinese, the rest are foreigners. Most Han Chinese are descendants of immigrants who arrived from the mainland between 1760 and 1895. Due to an imperial ban, only an occasional immigration existed before 1760. By the arrival of the Dutch in 1624, it is estimated that the Chinese population numbered only 30,000. Most of the immigrants came from the southern part of Fujian province. A last group of Chinese arrived after 1945, especially after 1948 when the Kuomintang government with its army and bureaucrats fled to Taiwan. This last group increased the population by two million.

The indigenous people (kaoshan people) are considered to be of Austronesian origin and constitute 2.3 percent of the population divided into 16 groups (2018). Each group has its own language, but younger Taiwanese usually speak Mandarin or Taiwanese better than their ancestral language. The natives originally lived in the lowlands and lived off sweat, hunting and fishing, but the Chinese immigrants pushed them into the mountainous areas. In modern times, many younger people have moved to the cities to find work.

With a population density of 657.1 per square kilometer (2019), Taiwan is one of the world’s most densely populated states and more densely populated by any province in China. Most of them live in the lower lying areas in the west. 78.9 percent live in urban areas. The urbanization rate is thus higher than in both Japan and the United States. The metropolitan area of Taipei has a population of around 6.7 million.

The dominant form of religion is the traditional Chinese peoples religion (43.8 percent), with strong elements from both Taoism and Buddhism. There is also organized Taoism. Buddhism (35.1 percent) is the most important organized religion. 5.8 percent of the population is Christian. There are about 60,000 Muslims. The remaining belong to other religions or are non-religious.

Chinese (Mandarin) is the official language. Taiwanese is the most widespread Chinese dialect in Taiwan, a variant of hockey (south-min) that is very close to the Chinese mainland dialect. The indigenous people speak Austronesian languages (ami, atayal).