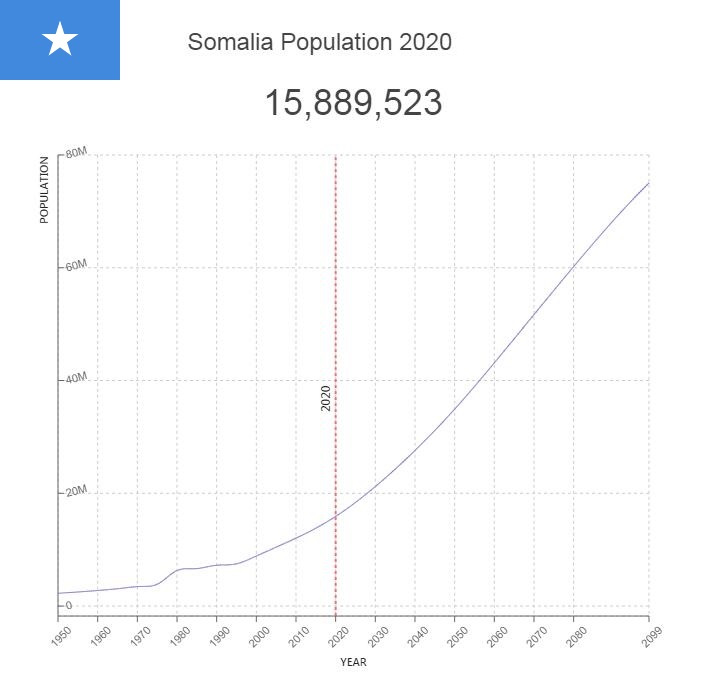 Somalia has been ravaged by civil war and the absence of government structures for over 20 years. Extremist groups and extreme weather are major challenges. 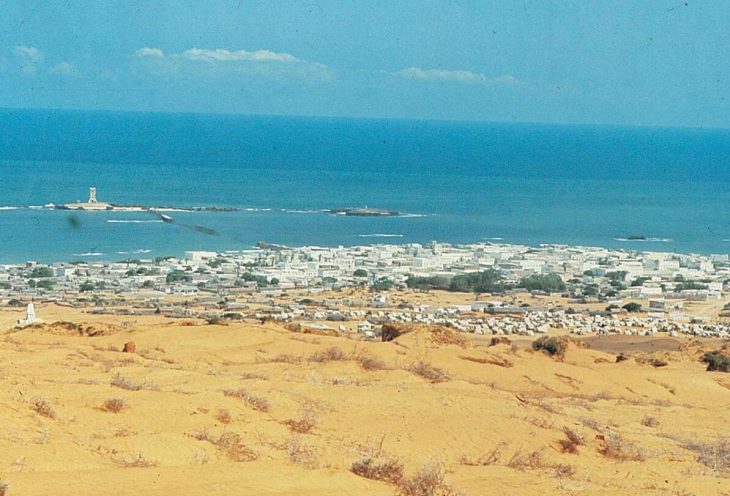 The population situation in Somalia is unclear due to a large number of nomads and large refugee flows. Both drought disasters and acts of war at home and abroad have contributed to the many refugees. In January 2015, the UN High Commissioner for Refugees (UNHCR) estimated that at least 1 100,000 Somalis were refugees in their own country. In addition, an estimated 1,000,000 Somalis have fled to other countries, mainly in the region, but also many to Europe.

Population of Somalia by Year (Historical)

Major Cities in Somalia by Population

About 95 percent of the population is Somalis, which are divided into six large groups of clans: Dir, Ishaaq, Hawiye, Daarood, Digil and Rahanweyn. It is mainly the clans that the Somalis are loyal to. There are also smaller groups of Bantu people. Before the Civil War, there were also some Arabs in the country, mainly in the cities.

The population density is 16.7 people per square kilometer, but the driest areas are very thinly populated. The largest population is in the south and in the valleys along the rivers Jubba and Shabelle. Around one third of the population lives in cities. The capital Mogadishu is the largest city.

After the drought disaster in the 1970s, part of the nomadic population settled, but still more than half of the population are nomads or half-nomads.

Islam is state religion and has support from about 99 percent of the population, most of them Sunni Muslims. Some are followers of local, traditional religions. There is a Christian minority group, consisting mainly of Catholics.

Official languages ​​are Arabic and Somali. The latter belongs to the Cushitic languages of the Afro-Asian language family. It is the dominant vernacular in the country. English and Italian are used to a certain extent.