Where is Somalia located on the map? Somalia is an independent nation located in Eastern Africa. Check out the following images to see location of Somalia on maps. 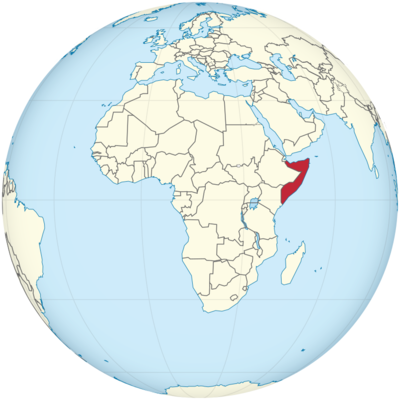 Somalia is in the east of Africa. It borders Djibouti, Ethiopia and Kenya to the west. The east and south are on the Indian Ocean, the north on the Gulf of Aden. This sea golf is located between Africa and the Arabian Peninsula.

By the way, Somalia means something like “land of hospitality”. That’s a nice name, isn’t it? So maal means exactly in the German translation: “Go there and milk an animal for yourself”. This invites the guest to choose an animal from the host to be milked, as a sign of this hospitality.

Somaliland lies in the northwest. This region has been striving for independence since 1991. Internationally, the country is not recognized and still belongs to Somali. In fact, with Hargeysa, Somaliland has its own capital and government.

What is the Horn of Africa?

Somalia is in the Horn of Africa. A horn in Africa? If you look at the map, you will see that in the very east of Africa a piece of land protrudes into the Indian Ocean. This is the so-called “Horn of Africa”. It actually looks a bit like a rhinoceros horn.

There are four countries in the Horn of Africa: Somalia, Ethiopia, Djibouti and Eritrea. These are the countries that are shown in green on the adjacent map. Somalia, with a peninsula, protrudes particularly far into the Indian Ocean. This is the Somali Peninsula.

Here you can clearly see why the Horn of Africa was so named: It is reminiscent of the horn of a rhinoceros.

Some islands also belong to Somalia. On the north coast are the uninhabited Sa’ad ad-Din islands. The Bajuni Islands are located in the Indian Ocean off the south coast.

The Gulf of Aden

The north of the country is determined by the Somali highlands. This stretches from Ethiopia to Somali, but decreases in altitude here. It finds its highest point in Mount Shimbiris at 2,460 meters. The terrain descends again towards the narrow coastal strip on the Gulf of Aden.

This highland also flattens out towards the southeast. In the south of Somalia, hilly lowlands dominate the landscape. The rivers Jubba and Shabelle flow here. In the south of the country you will find coral reefs off the coast. On the border with Ethiopia there is also desert in Somalia.

Somalia is hot and dry all year round. Rain falls irregularly. The monsoons also bring rain. Often, however, droughts also occur. While in Beidoa there is only about 50 millimeters of precipitation per year, in Mogadishu it is 420. Most rain falls between April and June. It gets hottest in the period from June to August, here the thermometer on the coast likes to climb to 42 degrees. Then the temperatures go back down to 29 degrees. The nights also usually stay hot or at least warm, in July they are 31 degrees and in the coldest month of January still 20 degrees. It’s cooler in the mountains.