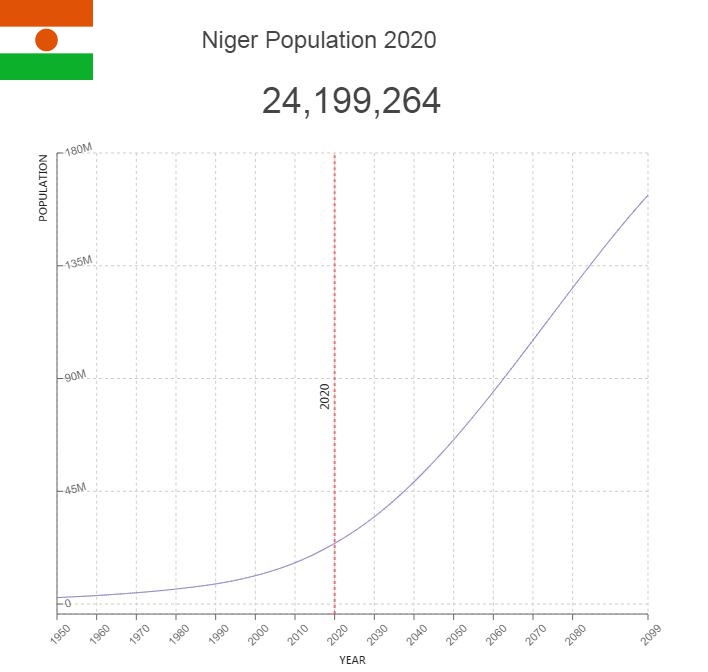 Niger is one of the hottest and driest countries in the world. Strong population growth, a lack of natural resources and a failed agricultural policy have led to several famine disasters. The country is struggling with a troubled political situation. 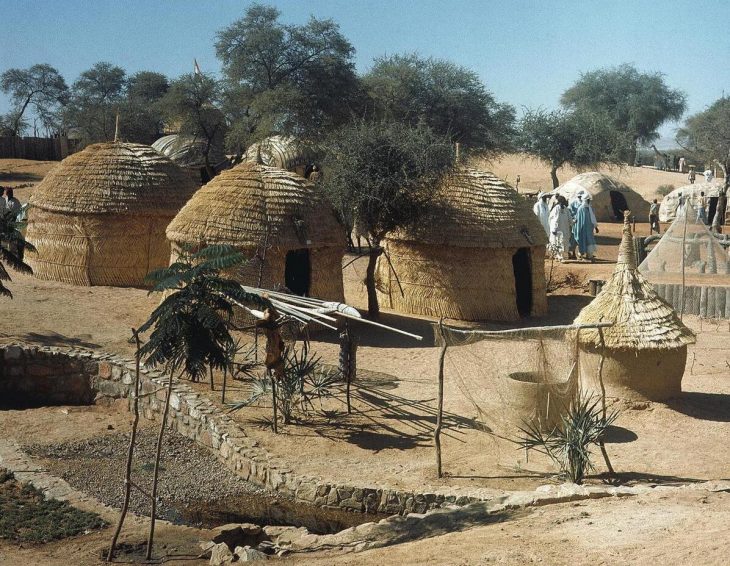 Niger’s population is made up of a number of ethnic groups with differences in language and culture. The largest group is the Hausa, which live in the central and southern parts of the country and make up just over half of the total population. In the southwestern part live songhai-djerma-people, which make up approximately 23% of the population. 10% is fulani; these are partly nomads and are found scattered throughout most of the country. 9% are kanuri (beriberi and manga), living in the southeastern districts. In the north, scattered groups of nomadic Tuaregans live. These make up 8% of the total population.

The country is sparsely populated with 14.1 residents per km2 (2013). The population is particularly concentrated in the southern savannah belt, where we find the largest cities. One fifth of the population lives in cities. Largest cities are the capital Niamey, Zinder and Maradi.

Population of Niger by Year (Historical)

Major Cities in Niger by Population

The official language is French. Of African languages, the Chadic language is spoken Hausa, which is also used as a lingua franca, and the Berber language tamashek (tuareg), the Nilo-Saharan languages ​​songhai and kanuri, and the Niger Congo language full (fulani).

About 90% of the population are Sunni Muslims, local tribal religions make up approximately 10%, Christians approximately 0.3%. Traditionally, the Sufi fraternities (see Sufiism) have played a prominent role.