Initially the Macau peninsula was inhabited by fishermen from the provinces of Fujien and Guangdong (Canton). In the early 16th century, the Portuguese dominated commerce in the Indian Ocean. They established domains in India and commercial warehouses in Southeast Asia, as in Malacca and the Moluccas. They arrived in Macau for the first time in 1513. In the 1550s, they established a trading post, in agreement with the Chinese Empire. The Jesuits arrived in Macau, still in the 16th century, to spread the Christian faith. They founded the Colégio de São Paulo, considered the first school of Western culture in the Far East. Macau was the first European domain in China. In the 17th century, the Portuguese already ruled the City.

After Hong Kong was founded in the 19th century by the British, Macau lost much of its commercial importance.

An agreement signed between Portugal and China in 1987 established the steps for the land to be returned in 1999, making it a special administrative region in China. In this agreement, it was defined that socialism would not be applied in Macau and that the region would have a high degree of autonomy during the next 50 years, except in matters of foreign policy. 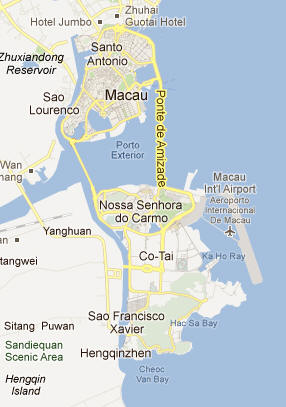