Eritrea in the middle parts consists of a ridge with north-south stretch. To the west, the altitude area of ​​the plateau-lowlands extends around the Baraka River, while a low, hot coastal plain extends east of the altitude area.

According to the constitution, the country has a president who can be elected for a maximum of two five-year terms. No general presidential election has been held. As the head of state, the president has great powers of power and appoints the prime minister and the Supreme Court judge. Eritrea, which became independent in 1993, is one of Africa’s and the world’s poorest countries.

The war against Ethiopia in 1998-2000 has devastated large parts of the country and the economy has completely collapsed. Agriculture is the basis of business, but most of the land and infrastructure are destroyed after the war. Combined with dry periods, this causes parts of the population to suffer from food shortages. The country has good natural resources, among other things. gold and nickel, but these are mined on a very small scale. 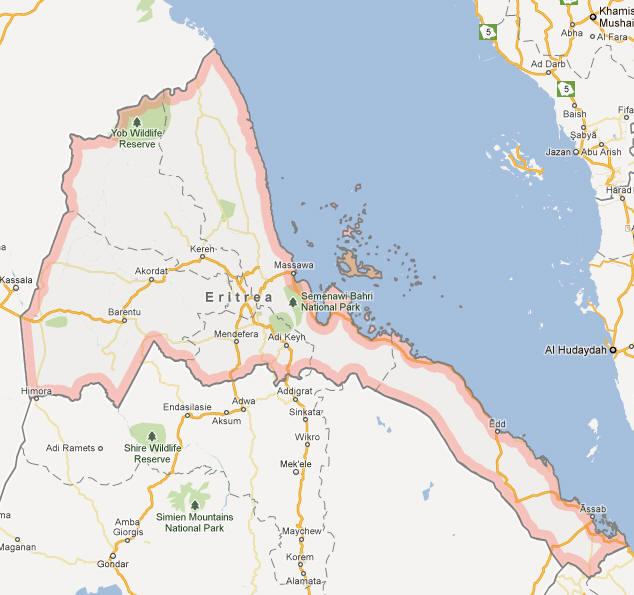