Kosovo, land in the Balkan Peninsula; 10,887 km2, 1.8 million residents (2019).In 2008, Kosovo declared its independence from Serbia. Since then, 106 states have recognized Kosovo as an independent state. Serbia has not recognized the state of Kosovo but sees the area as a UN-controlled part of Serbia. Sweden acknowledged Kosovo in 2008. 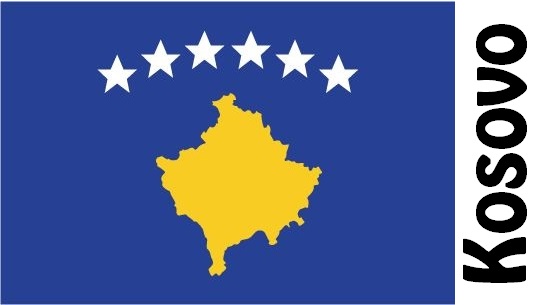 The environmental problems are great, not least around the coal power plants. Tap water should not be drunk, and air pollution is a major problem, especially in winter. The environment has not become an important policy area.

The area where Kosovo is today has been inhabited since prehistoric times. In ancient times, Kosovo was ruled first by the Greeks, then by the Romans. In the Middle Ages, Kosovo was the center of the Serbian Empire. This golden age led the Serbs to see Kosovo as its cultural and national cradle. When the Serbs lost the Battle of Kosovo in 1389, the area came under Ottoman rule for 500 years. During this period, many Turks and Albanians moved to the area.

After the Balkan War (1912-1913) in which the Ottomans were driven back, a separate Albanian state was established, Albania. At that time, Kosovo consisted of three-quarters of Albanians and a quarter of Serbs. Kosovo did not become part of Albania, but was taken over by Serbia. Therefore, between 1918 and 1929 Kosovo was part of the new kingdom with Serbs, Croats and Slovenes.

In 1929, internal tensions between the peoples of the kingdom led to the king dissolving parliament, setting aside the constitution and proclaiming himself sole ruler in the Kingdom of Yugoslavia. After World War II, Kosovo became a self-governing province in Serbia, part of socialist Yugoslavia, ruled by Tito.

When Tito died, Yugoslavia began to crack. Throughout the 1980s, demands for an independent Kosovo increased. Eventually this developed into a bloody conflict.

Kosovo declared itself independent in 2008. According to the new state constitution, the president is the country’s head of state, and is elected by parliament by a two-thirds majority. Parliament is the legislative assembly and has 120 members. Twenty places are reserved for ethnic minorities. Kosovo has a parliamentary system, which means that government is based on the majority in parliament. The political parties in the country are founded around strong leaders, with anchored in a specific region, or with a people group. Political ideology plays a minor role.

Most politicians agree that the country should work to join the EU and NATO. Kosovo is characterized by ethnic tensions, primarily between Kosovo Albanians and Serbs. Prejudice and mutual lack of trust have existed for many decades. In 2015, negotiations on the details of the normalization agreement with Serbia continued from 2013. The parties agreed, among other things, that Serbian-dominated areas in Kosovo should be given a high degree of autonomy and that the barricade on the bridge dividing the city of Mitrovica should be removed. The agreement has met with a lot of resistance in Kosovo and has not been possible. The barricade has been removed, but Serbia has built a wall on its side.

Since Russia is allied with Serbia and has a veto right in the UN Security Council, Kosovo is not allowed to join the UN, although over 100 of the 193 UN member states now recognize Kosovo’s sovereignty.

Kosovo is among Europe’s poorest countries. Agriculture and mining are the foundation of the economy, but a lack of modern equipment, money and knowledge gives poor returns. When the country was part of Yugoslavia, Kosovo received financial contributions from the richer parts of Yugoslavia, but the infrastructure in Kosovo remained poor. The disintegration of Yugoslavia and the war in the 1990s worsened the economic situation.

Kosovo has made progress on the path to market economy. Most of the state-owned enterprises are privatized and the government prioritizes economic reforms to stimulate the industry and attract foreign investors.

The country is now receiving financial support from the international community. Kosovo is a member of the World Bank and the IMF, and has managed to keep inflation low, largely due to the introduction of the euro as a currency unit. Money that Kosovo Albanians send abroad is an important source of income. Kosovo relies on importing goods and has a large deficit in its official trade balance. However, one expects the black economy to be comprehensive, with drug trafficking, cigarette smuggling, prostitution and human trafficking.