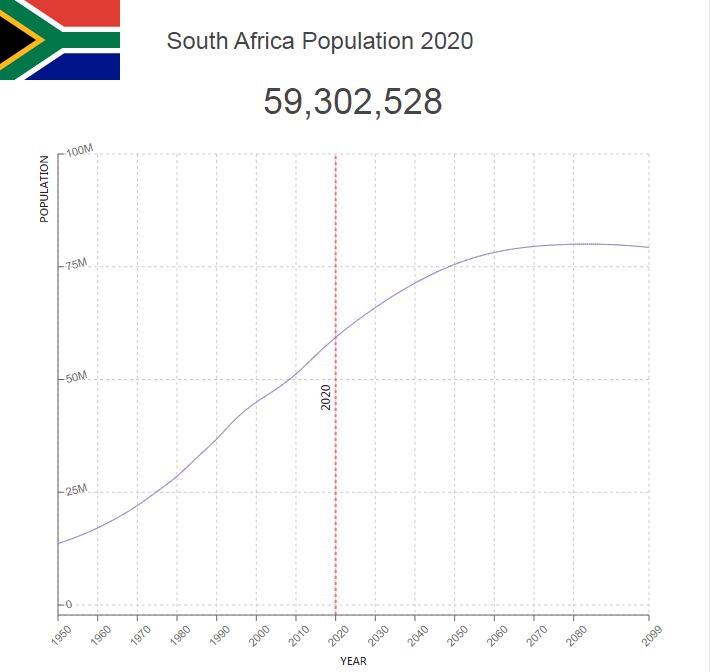 South Africa is one of Africa’s largest economies, but the legacy of the apartheid era means that there are still major economic differences between different ethnic groups. The country has a huge diversity of species, and many national parks and reserves to preserve wildlife.

A long history of local indigenous peoples, African immigration, European immigration and colonization, slave import and modern labor immigration has made South Africa’s population of just under 60 million people very composed, both ethnically and socio-economically. The country has 11 official languages, and 60 percent of the population lives in urban areas. The AIDS epidemic led to a dramatic decline in life expectancy until 2005, but has since picked up again. 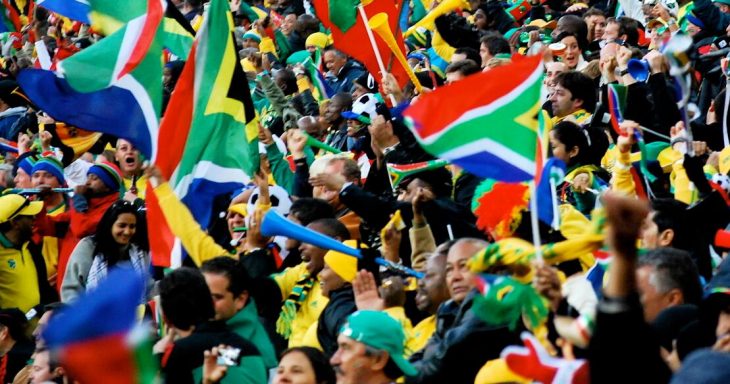 The population of South Africa in 2018 was estimated at 57.73 million. Life expectancy has dropped dramatically since the mid-1990s, reaching a low in 2005 of 55.8 years for women and 52.2 for men. It has since risen sharply again, and in 2018 was estimated at 67.3 years for women and 61.1 years for men. This is largely due to better prevention and treatment of HIV/AIDS-infected people. Today, it is estimated that around 13 percent of the population is infected with HIV. In 2005, 44 percent of all deaths in the country were caused by AIDS-related illnesses. In 2018, it had fallen to around 22 percent.

South Africa’s population is ethnically very composed, and there has been great immigration to the country also from outside Africa, especially by Europeans and Asians.

The white population is mainly two-fold – English-speaking and African – speaking – and today accounts for just under eight percent of the population. The African population is descended from Dutch, French and German settlers. There are also larger groups of Greeks, Italians and Portuguese.

The Asian group consists mainly of descendants of Indian contract workers who were brought in for work on the sugar plantations in the then Natal province in the late 1800s. Today, these make up about 2.5 percent of the population. The majority are resident in KwaZulu-Natal and Gauteng. In recent years there has also been some immigration of people from other parts of Asia, especially by Chinese.

The largest population is black Africans, who now make up about 80.9 percent of the population. These belong to different Bantu speaking people (see Bantu and Bantu languages). On a linguistic basis and based on historical traditions, the black population is divided into four main groups: nguni, sotho, venda and tsonga. Nguni is the largest group and includes the people of Zulu, the largest ethnic group in the country, xhosa, swazi and ndebele. Most reside in KwaZulu-Natal, Eastern Cape and Western Cape and Gauteng. Another large group is sotho, where most of the southern branch lives in the Free State Province and in Gauteng. The northern branch, also known as pedi, lives especially in the Limpopo province in the north and in Gauteng. The western branch, commonly called tswana, lives in the North West, Northern Cape and Gauteng. A smaller group is the venda which is mainly found in Limpopo, Mpumalanga and in Gauteng. The Tsonga group, also called shangaan, is mainly found in Mpumalanga and Gauteng.

South Africa’s largest minority group is the so-called ‘colored’ (now ‘colored’), which now constitutes almost nine percent of the population. These are people of mixed origin; descendants of imported slaves from Dutch colonies in Asia (especially Malaysia) and from other African countries (especially Madagascar), indigenous people in the Cape area (khoikoi and san), and of contact between white immigrants and the African population. The majority are resident in the Western Cape and the other Cape provinces and in the major cities in other parts of South Africa.