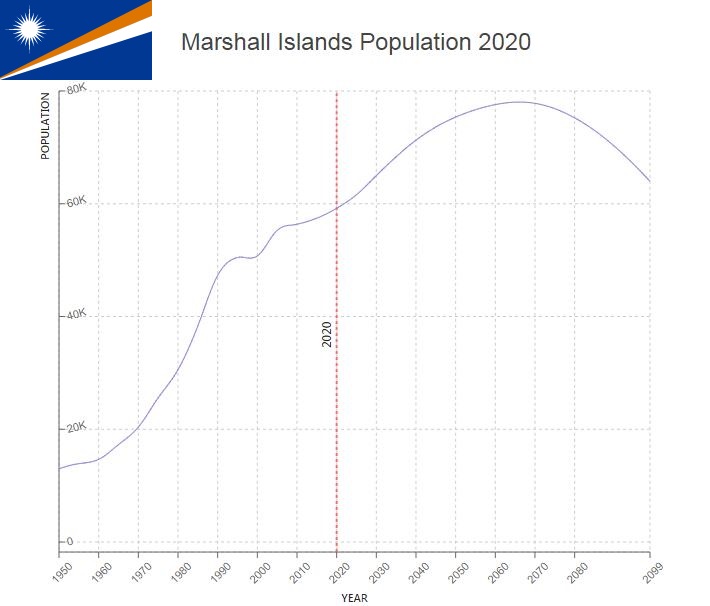 Parts of the population are still affected by the effects of the nuclear tests on the Bikini and Enewetak atolls in the years 1946–1958. The test blasts, among other things, led to radioactive fallout among the residents of Rongelap and Utik, and a 1995 report indicated that 40 percent of the residents who were moved from Rongelap suffer from cancer.

97 percent of the population is Micronesians. The others are Americans and Asians.

Around 2/3 of the population is concentrated in the two urban population centers, the capital Dalap-Uliga-Darrit on the atoll Majuro and Ebeye Island in Kwajalein Atoll.

The population is mainly Protestant. Religious minorities include Catholics, Jehovah’s Witnesses, Adventists, Baptists, and adherents to the Bahai religion.