Liberia consists of a 25–35 km wide, sandy coastal plain with marshland that has within it a 30 km wide hill area. Thereafter, a highland, which ends with a mountainous region with, among other things, Nimbabergen. The country has tropical rainforest climate with monsoon character.

The executive power is held by the president, who is the head of state, head of government and commander-in-chief and who is elected in general elections for six years. The legislative power is held by Parliament, which is divided into two chambers. The members of the House of Representatives are elected in general elections for six years, while each county appoints two members of the Senate for a term of nine years.

Liberia’s economy is largely focused on primary production and is therefore greatly affected by variations in world market prices. The 13-year civil war meant a significant destruction of the country’s economic infrastructure, but since the peace settlement in 2003, the economy has been rebuilt; major investments in the former thriving iron industry are planned. The country’s most important export product is raw rubber. The registration of merchant vessels has long accounted for a large part of the state income. 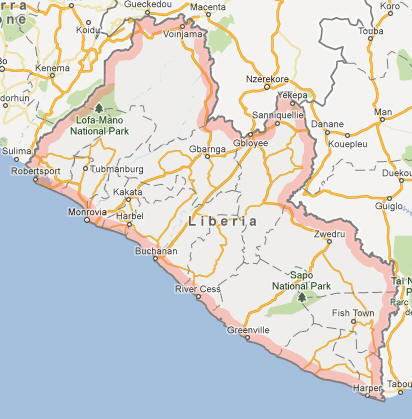