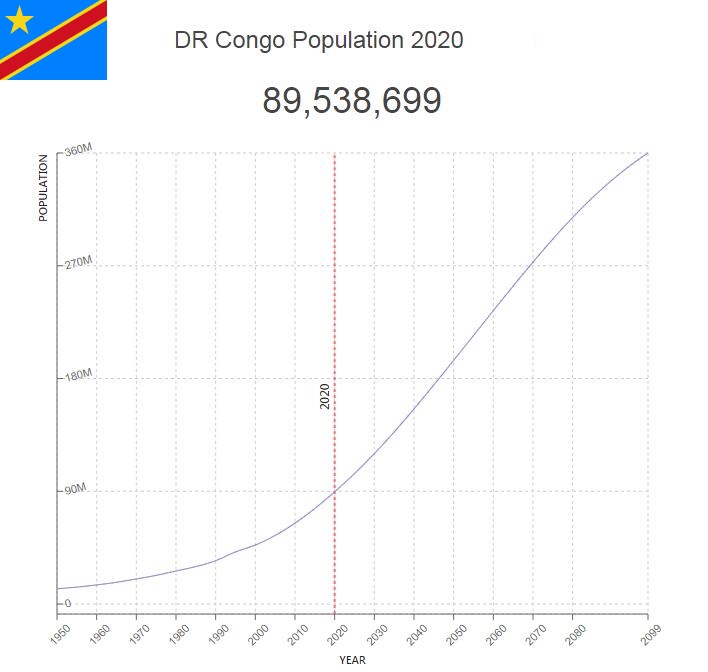 The Democratic Republic of Congo is the second largest country in Africa. Despite extensive natural resources, the country is among the world’s poorest. Several millions of people lost their lives as a result of war in the period 1996-2003. The country is still characterized by corruption, unrest and a number of conflicts.

The Democratic Republic of Congo (DR Congo) is the second largest country on the African continent, and has a large, young and ethnically highly diverse population. French is an official language, but in total the country contains at least 400 different languages ​​and dialects. Over 90 percent of the population is Christian. 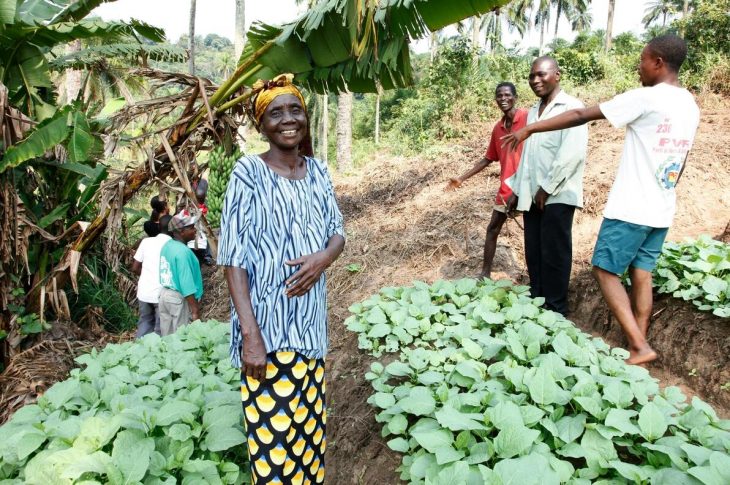 The population of DR Congo in 2018 was estimated at 84 004 989 (United Nations Association). The birth and death rates are relatively high, at 42.7 and 15.4 per thousand respectively. Population growth is estimated at 3.5 percent per year (World Bank). The country’s population is relatively “young”, 46.2 percent of the population is under the age of 15 and only three percent are 65 years or older. Life expectancy is low, 51.8 years for women and 48.2 years for men.

Population of Democratic Republic of the Congo Afghanistan by Year (Historical)

Major Cities in Democratic Republic of the Congo by Population

The population is ethnically very composed with over 200 different groups of people. The indigenous people are pygmies; an estimated 80,000–100,000 live in the forest areas of Ituri and Kibali, on Lake Kivu and along the Lualaba, Tshuapa, Sankuru and Ubangi rivers. Two-thirds of the country has a Bantu-speaking population that is divided into a large number of ethnic groups. The largest are the Luba people in the southern, central regions. In the west, the Congo people and in the central forest areas of the Congo Basin live the Mongo people. Other significant Bantu-speaking people are the grove in the southwest and the bemba in the southeast. In the northernmost parts of the country, people who speak Adamas language live, including azande and ngband; others speak Central Sudanese languages, for example, many herbs. In the northeast, Nilotic-speaking people live, including alur, kakwa and bari.

Congo has many refugees from neighboring countries. In 2015, the UNHCR had an overview of approximately 207,000 refugees, distributed among 75,000 from the Central African Republic, 130,000 from Rwanda and 2000 from other countries. In addition, there are probably tens of thousands of refugees living in the jungle, without contact with the UN or other relief organizations. UNHCR also estimates that 2,660,000 are internally displaced, ie refugees in their own country.

The population density is 33 residents per km2, but is unevenly distributed. The closest resident is a belt from the Congolese outlet to the Katanga region. The rainforest areas are very sparsely populated. About 30 percent of the population lives in cities. The rest are residents of villages. Largest cities are Kinshasa, Lubumbashi, Mbuji-Mayi, Kananga and Kisangani.

The official language is French, which is used in teaching, business, administration and international contact. In addition to the official language, four national auxiliary languages ​​are used: lingala, tshiluba (see luba), kikongo (see kongo) and kiswahili (see Swahili). Lingala is used especially in the northern and eastern parts of the country, but is also widely used in public administration and in mass media. The number of languages ​​and dialects in the country is estimated at over 400, primarily bantu languages. In the north and northeast, languages ​​belonging to the Nilo-Sahara family are spoken.

Over 90 percent of the population is Christian, of whom about 35 percent are Protestants and 42 percent Catholics. About 17 percent belong to the national, local kimbanguist church, named after Simon Kimbangu. There are also Muslims, Jews, Baha’is and supporters of local traditional religions.

Catholic missionary activity began in the 1400s, but did not have a major impact until the 1800s. The first Protestant missionaries came from the United States to Congo in 1878. From 1925, Norwegian Pentecostal friends have driven a mission out of Bukavu, eastern Congo, where it was established, among other things, teacher school and hospital. The Norwegian Baptist community has been missionary in the north since the 1920s, and they have also built up health care and schools.