Kinshasa Congo, State of Central Africa; 2.3 million km2, 84.1 million residents (2019).Congo borders in the east to Uganda, Rwanda, Burundi and Tanzania, in the southeast to Zambia, in the southwest to Angola, in the west to Congo (Brazzaville), in the northwest to the Central African Republic and in the north to South Sudan. The country also has a small coastal strip at the mouth of the Congo River in the Atlantic. The capital is Kinshasa (8.9 million residents, 2010). 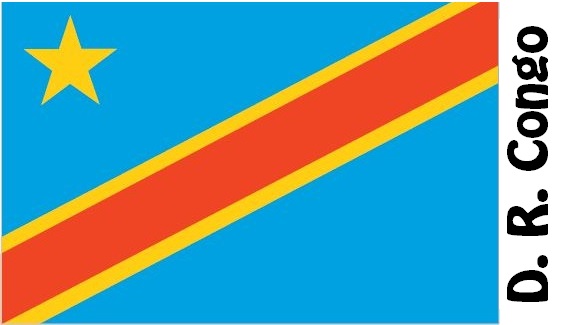 Congo is occupied to about 3/4 of a central stream, where the tributary of the Congo tributary dominates. To the south are the Kwango-Kwilu Plateau and the Katanga Plateau, both of which rise to the east, where the country is bounded by a western branch of the East African Rift system. In the area closest to the equator there is a tropical rainforest climate, on both sides a tropical savannah climate.

The country, which became independent in 1960, has huge resources of minerals, diamonds, forests and water as well as good conditions for agriculture. However, due to political chaos, poor infrastructure and great dependence on the world market price for a few dominant export products, the country’s economy is in disarray. As a result, the informal sector has grown and is estimated to be three times the size of the official gross domestic product.

Democratic Republic of the Congo Map 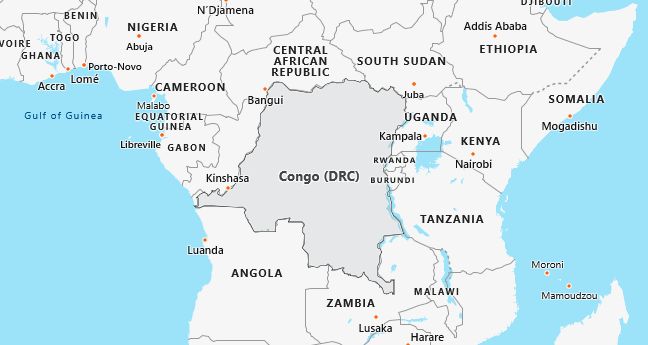