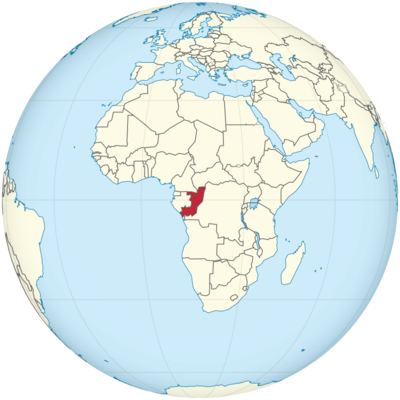 On the map you can see where the Republic of the Congo is located.

The Republic of the Congo is flat on the coast. Mangroves grow here. They pass into the grasses of the moist savannah. But this coastal plain is narrow. It turns into a plateau. On the border with Gabon, this plain is around 1000 meters above sea level. Almost 60 percent of the country is covered with tropical rainforest. There are large swamps in the northeast.

The Republic of the Congo is right on the equator. The climate is therefore tropical. There are no seasons as the temperatures stay about the same all year round. The average daily temperature in Brazzaville is 29.7 degrees. At night it is still an average of 20.3 degrees. There are two rainy seasons, from January to May and from October to mid-December.