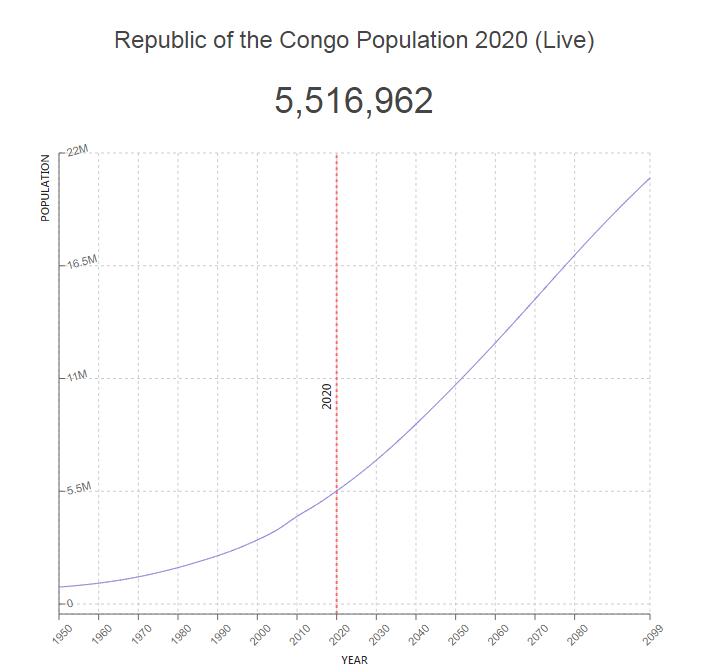 Since the independence of France in 1960, there have been several troubled periods in the Republic of Congo. Oil and timber give the country great income, but the majority of the population lives in poverty. The divide and damage of the civil war still characterize the country.

Population of Republic of the Congo

About half of Congo’s people belong to the Congo people, who live mainly in the southern and southwestern parts of the country. The most well-known groups are vili, yombe and solongo. 20% of the population is sangu (north) and 17% are teke people (southeast). All of these speak bantu language. Furthermore, 16% are Ubangi people who speak Central Sudanese languages ​​and who live in the north for the most part. Scattered in small camps in the forest areas live different pygmy groups. Their nomadic wanderings across national borders, besides varying quality of statistical material, make estimates of population figures uncertain. Some Europeans also lived in the cities, approximately 8500 before the outbreak of the civil war in 1997, since then many of them have withdrawn.

The country is relatively sparsely populated and the settlement is highly concentrated in the southwestern part of the country, which has 70% of the population. Since the late 1960s there has been a strong influx of cities. Over two-thirds of the population have lived in cities since 2001. The largest cities are the capital Brazzaville with 1.6 million residents (UNdata 2011) and the port city of Pointe-Noire with 663,400 residents (2005).

Population of Republic of the Congo by Year (Historical)

Major Cities in Republic of the Congo by Population

About 85% are Christians; Outside the Catholic Church (about 50%) there are two Protestant (about 22%) and two independent African churches (about 13%; the kimbanguist church is most important, see S. Kimbangu). There are also supporters of traditional religions and of Islam.

French is the official language. Most local people speak various bantu languages, including Congo and Teke. Widespread are also the languages ​​of Langala and Monocutuba; the first is spoken north of Brazzaville, the second between the capital and the coast.