What is the Capital of Democratic Republic of the Congo? Kinshasa


Kinshasa, the capital of the Democratic Republic of Congo, at the lower end of the Malebo Pool, directly above Brazzaville (capital of the Republic of Congo), about 500 km above the mouth. The metropolitan area of ​​Kinshasa has 11,587,000 residents (estimate for 2015, UN Population Division), and is one of Africa’s largest cities.

Kinshasa is the terminal station for the Matadi and Boma railroad, which is closer to the Congo River outlet in the Atlantic, and the starting point for shipping traffic upstream. International Airport (N’Djili). Kinshasa is the country’s most important commercial, financial and industrial center. Trade in palm oil, palm kernels, cotton and cocoa. The city is also the seat of universities, colleges and institutes and museums.

Kinshasa was founded in 1881 by Stanley. It grew out of two villages on the south side of the Congolese River, Kinshasa and Kintabo, and expanded greatly following the construction of the railway to Matadi in 1898. Parts of the city suffered major damage from riots in 1991 and later. Named 1967 Leopoldville after the King of Belgium. 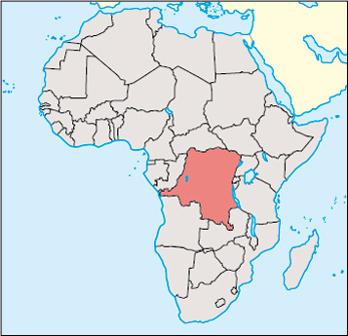