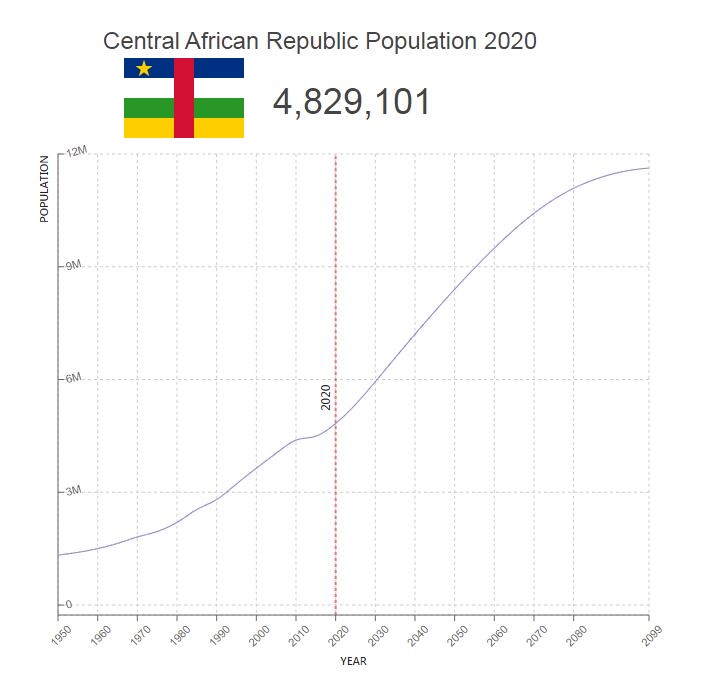 The Central African Republic is rich in natural resources. However, the country is among the world’s poorest due to political turmoil, corruption and poorly developed infrastructure.

Population of the Central African Republic

The population consists of a number of ethnic groups with different languages, culture and social forms. The largest population groups are baya (gbaya, 33%), living in the east, and banda (27%) living in the central parts of the country. In the southeast, azande and nzakara live; in the north, various Muslim peoples live. sara and runga. Ngbandi, a group of fishermen and traders (including, among others, sango) living along the Oubangui River in the south.

The population density is 6.9 per km2. The majority of the population lives in the southern and western parts of the country. The largest city is the capital Bangui with 670,000 residents (2003); About 810,000 in the metropolitan area.

About 60% of the population are supporters of traditional, local religions. About 35% are Christians, of whom approximately 17% members of the Catholic Church. About 5% are Muslims.

French is the official language. The most popular language is sango, which is also used as a lingua franca. Another widespread language is zande (azande). Both belong to the Niger-Congo language family.