Bangui is the capital and largest city of the Central African Republic, with approximately 734 350 residents (2012 estimate). Bangui is located in the south of the country, on the banks of the river Oubangui (Ubangi), which is a tributary to the Congolese river.

The city was founded under French colonial rule in 1889, but received little attention by the French colonial power. Bangui, like the Central African Republic, is considered by many to be of relatively small geostrategic importance.

However, for the country as such, the city is important: Just about all of the country’s official functions are located in one of the city’s eight boroughs and the city is an important trading center for the surrounding agricultural region. Here, some food and consumables are produced, and trade in cotton, timber, coffee and sisal is exported from the city’s port. Bangui has an international airport and rail link to Brazzaville and Pointe-Noire in the Republic of Congo, as well as a ferry link with Zongo in the Democratic Republic of Congo.

Bangui is a relatively small capital, which besides some notable buildings from the time under former President Jean-Bédel Bokassa, does not have major signal buildings. However, there is a university in the city, which is also the archbishopric of the Catholic Church.

For many years, Bangui has been characterized by unrest and violence in connection with the recurring coups in the Central African Republic and, since the coup in 2013, has experienced considerable violence and rebel activity. The city’s airport became an important haven for internally displaced persons during this coup as it came under the protection of French military forces. 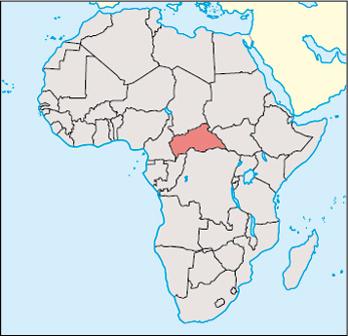