Since the Middle Ages, Prague has been a natural center of communication and commerce. Here, a number of major railway lines meet. Václav Havel International Airport at Ruzyne is the country’s most important airport. It is a river port at Holešovice.

The city is also the country’s largest industrial city. The industry includes a multifaceted iron and metal industry, electrotechnical and chemical industry, food industry and more. There are many printing companies, publishing houses and the film industry.

Prague is the country’s leading tourist city and has annual trade fairs. It is the Norwegian embassy in Prague. The Charles University of 1348 has a large library. In 1961, a university for foreign students was established. The city also has a technical college, a commercial, veterinary and agricultural college, a music and arts academy, as well as a science academy. The National Museum has rich natural and cultural history collections. The Museum of Art Industry includes a famous glass collection. Among the city’s many major theaters are the National Theater and the Smetana Theater. Prague has been archbishopric since 1346 and was in 2000 a European cultural city. The city’s historic center is on UNESCO’s World Heritage List.

Prague is beautifully situated on both sides of Vltava. The architecture dates back to the 8th century, and monumental buildings on the heights and powerful bridges provide an impressive cityscape. The city is particularly characterized by Baroque architecture and decoration. Otherwise there are many churches, castles and civic houses from the Gothic and Renaissance.

On the Hradčany (Hradschin) hill on the west bank lies the royal castle of the same name (1333), surrounded by beautiful landscaped gardens. Inside the castle lies the St. Vitus Cathedral (begun in 1344, completed in 1929) with sarcophagi for Bohemian kings and for national saints Václav (Wenzel) and Jan of Nepomuk. Hradčany received several extensions in the 18th century, including the current presidential palace and several administration buildings.

Of the many bridges over Vltava, especially the Charles Bridge (Karlův Most) from the 1300s is famous. It is 500 meters long and has 16 arches of 16 meters, it has Gothic towers at the bridge heads and is adorned with Baroque sculpture. It links the district of Malá strana (Lillesiden) with the old town of Staré Město, which retains the medieval street network. Malá Strana’s many baroque sites are dominated by the mighty St. Nicholas Church (1703-1705).

The Old Town, located on the east bank of the river, is the city’s true center. Here is a Gothic City Hall and the Tyn Church (13th century) with the tomb of Tycho Brahe. In the former ghetto Josefov is the synagogue (from 1273) and the old Jewish cemetery.

To the east and south of the old town is Nové Město, Nybyen, with the Václav (Wenzel) square, a wide avenue that is the center of the city. Especially in the east and southwest of Prague there are industrial areas, in the south-eastern and south-west major cities. 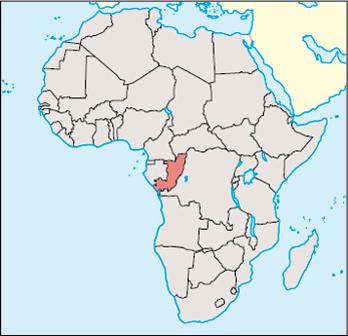