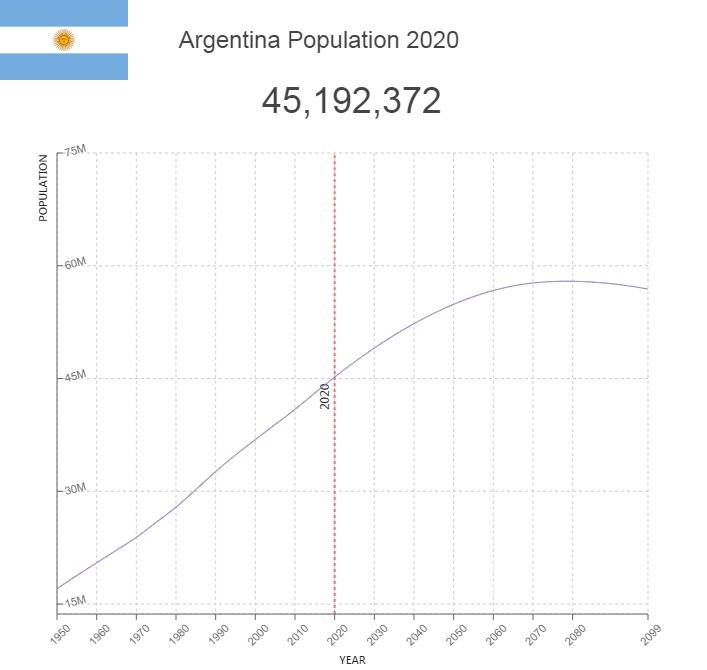 One hundred years ago, Argentina was one of the world’s ten richest countries, but failed economic policies and corruption have led to several economic downturns in the country. Today, there are major differences between the poor and the rich in Argentina, and about every fourth inhabitant lives below the poverty line. 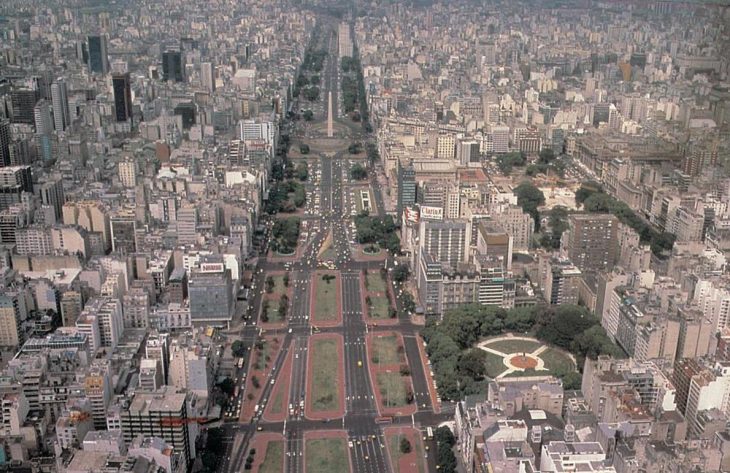 Population of Argentina by Year (Historical)

Major Cities in Argentina by Population

About 90 percent of the population is of European descent, primarily Spanish or Italian. It is also part of German origin in the country. Between 1857 and 1939, about 5.5 million immigrants came to Argentina, the vast majority from Europe. There was great immigration even after World War II. Since 1950, immigrants have come from neighboring countries to a greater extent, especially from Paraguay and Bolivia. Only a small part of the population counts as indigenous people. Most of the indigenous people live in the north, on the border with Bolivia or Paraguay, or scattered in Patagonia and the Fire Land.

The population density varies widely, but the national average is 15.1 residents per km2. Parts of Gran Chaco, the Andes and Patagonia are almost empty. The population density is greatest in the humid parts of the pampas, and around Buenos Aires. 2/3 of the country’s population lives on 20 percent of the area. The Andes Mountains in the northwest also have a relatively close settlement.

The Constitution states that the state must protect the Catholic Church, which is also the dominant one and comprises about 87.7 percent of the population. Around two of the population are Protestants, but there are also Jewish and Muslim minorities.

The country’s official language and mother tongue for almost the entire population is Spanish. The pronunciation differs from European Spanish, as throughout Latin American Latin America, in that the “play sound” [þ] is pronounced s. Moreover, in the areas around Buenos Aires, they have a special way of pronouncing [lj]: calle pronunciation [kaʒe]. They share this peculiarity with Uruguay. Smaller groups speak indigenous languages.