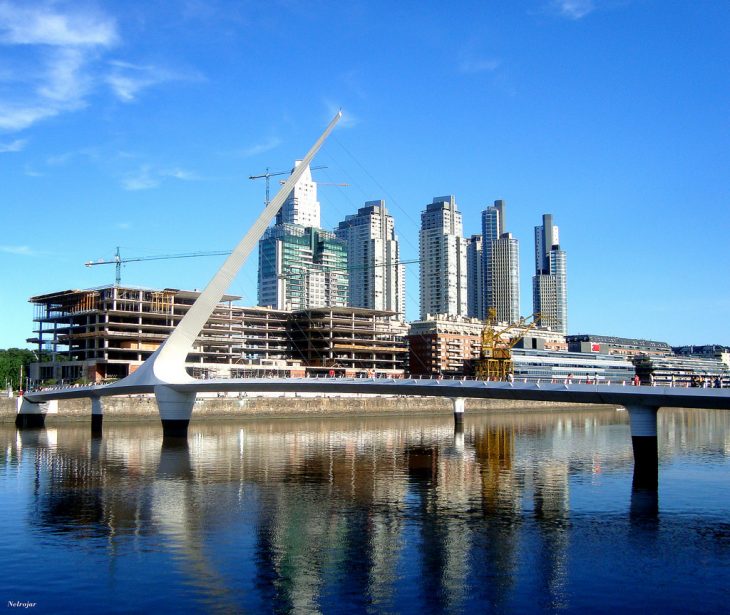 Buenos Aires is the capital of Argentina and the country’s largest city. It is located on the western bank of the Río de La Plata, 280 km from the estuary, 20 meters above sea level, and forms a separate federal district surrounded by the province of Buenos Aires.

The metropolitan city of Buenos Aires (Gran Buenos Aires) has 15 180 000 residents (estimate for 2015, the UN population division), while what is considered the city center itself had approximately 2.9 million residents in 2010. A large part of the population is of European origin, with Spaniards and Italians as the largest groups. There are also many migrant workers from other Latin American countries in Buenos Aires, including Bolivia, Peru and Venezuela. There are also English, French, German and Asian features in the population. The city is one of the largest in South America and has about 30 percent of Argentina’s population.

Buenos Aires is the country’s administrative, economic and cultural center and an important hub for railways, aviation and shipping routes. The harbor is a pure art harbor and one of the largest in the world. It consists of eleven docks, which can take very large ships. The water level varies in part with the wind, and the largest vessels must therefore, in part, enter the port city of La Plata 55 km further out. Buenos

Aires has about 80 percent of Argentina’s imports (coal, oil, timber, iron, factory products) and about 25 percent of exports (including beef and sheep meat, hides, grains). Most of the industrial growth occurs mainly in the suburbs of the city and in the province, while in the city itself there has been significant growth in the service industries. However, the industry is extensive. The most important industrial branches are the food industry with slaughterhouses, freezers and canning factories. Otherwise the mechanical, metal, automotive, chemical, textile, leather and graphic industries.

The city has more than 40 universities and colleges, a number of museums, theaters and a large opera, and is also archbishopric. It also has a well-developed communications network with several railway lines, tramways and subways connecting the city and the suburbs. Ezeiza International Airport (IATA: EZE) is located southwest of the city center, and Aeroparque (IATA: AEP), which serves national traffic, as well as neighboring countries, is located northwest of the city center.

As a legacy of colonial times, the streets of Buenos Aires itself form largely a rectangular pattern, with quarters measuring 100 × 100 meters. Traditionally, most of the city has been built with one- and two-story houses, but in the center there are many skyscrapers, and more and more high-rise buildings are being built. At Plaza de Mayo is the large cathedral (which was completed in 1823 and houses the tomb of San Martín), the presidential palace Casa Rosada, the old congress building and the archbishop’s palace. The place is named after May 25, 1810, when Buenos Aires declared itself independent of Spain. The beautiful Avenida de Mayo connects the square with the Plaza del Congreso. It is crossed midway by the 140-meter-wide north-south pedestrian Avenida 9 de Julio (July 9, 1816, the whole of Argentina became independent from Spain). Northwest of the city center is the 4,000-acre Parque Tres de Febrero park, with a zoo and botanical garden and the famous racecourse nearby.

Buenos Aires was built in 1536 by Pedro de Mendoza. It was then called Nuestra Señora Santa María del Buen Aire, ‘Our Lady Santa Maria of the Good Breeze’. The city was soon destroyed, but rebuilt in 1580. From 1776 to 1810, the city was the capital of the Viceroy of La Plata. In 1806 it was occupied by an English expeditionary force, but was recaptured shortly after. In 1810, Buenos Aires was a center for the freedom movement and had 46,000 residents; in 1853 the population had increased to 91,500.

After long disputes between federalists and unitarios (centralists), Buenos Aires was made capital in 1880 and separated as its own federal district. The population was 300,000 in the same year. With continued strong immigration, especially by Italians and Spaniards, the population increased to 1,302,000 in 1910. In 1927 Gran Buenos Aires had 2,000,000 residents, in 1947 about 4,700,000. 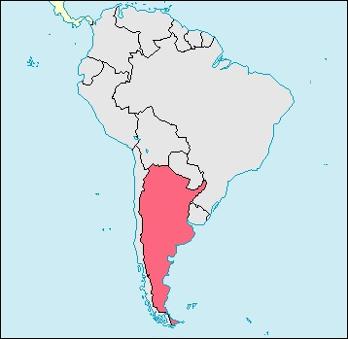