As of 2019, there are 38 airports throughout the state of Colorado according to IATA and ICAO. Through the table below, you can find name of each airport, its abbreviation, city location, and size. Airports in Colorado are listed in alphabetical order. Please note that some airports serve internationally, while the other only serve domestically. 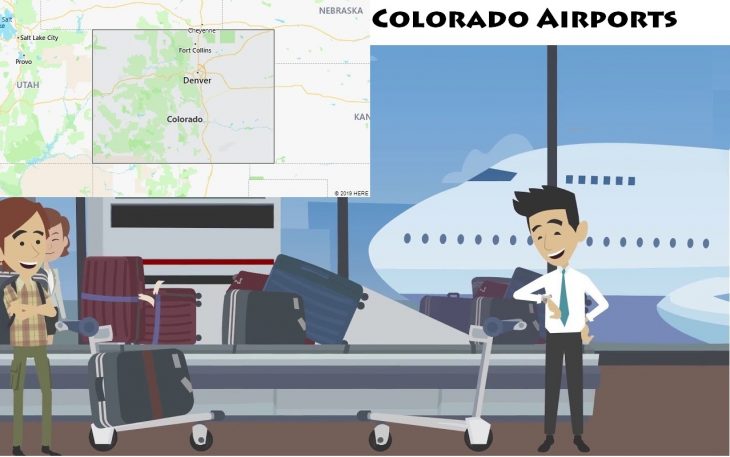 The state of Colorado has 5 million residents (2016). The capital is Denver. Part of its territory is located in the Rocky Mountains.

Colorado was the land of the Anasazi, among other native peoples, when the Spaniards arrived. After the gold rush in the 19th century, some villages became ghost towns. It was admitted as a state of the USA in 1876.

Denver is the capital of the state of Colorado and one of the largest cities in the western United States. Denver is the commercial, financial and cultural center of the Rocky Mountains region. The City hosts many cultural events and there are many options for adventure tourism.