In the northwestern part of Rwanda lies the Virunga mountain chain of volcanoes. Otherwise, the western parts are dominated by a north-south mountain ridge. To the west of this is Lake Kivus, which flows through the Ruzizi River to Lake Tanganyika. To the east, the country slowly descends towards marshy plains adjacent to the river Kagera and its tributaries. The height above the sea gives Rwanda a relatively cool climate. Rainfall is the mountains to the west.

Even before the 1994 genocide, Rwanda had one of Africa’s weakest economies. Business has long been hampered by the country’s isolated location and its overpopulation. Raw materials are scarce, and the economy is almost entirely agricultural based. The industry is insignificant. During the first half of the 1990s, war and genocide destroyed Rwanda’s economic and social infrastructure. Thanks to considerable financial support from the outside world, the country has begun to recover after the civil war. During the 2010s, the country was recognized for its business-friendly climate, including a little bureaucracy and low corruption. 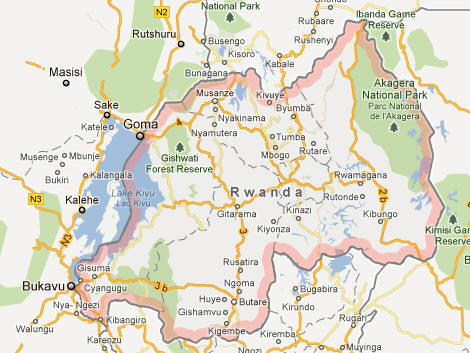