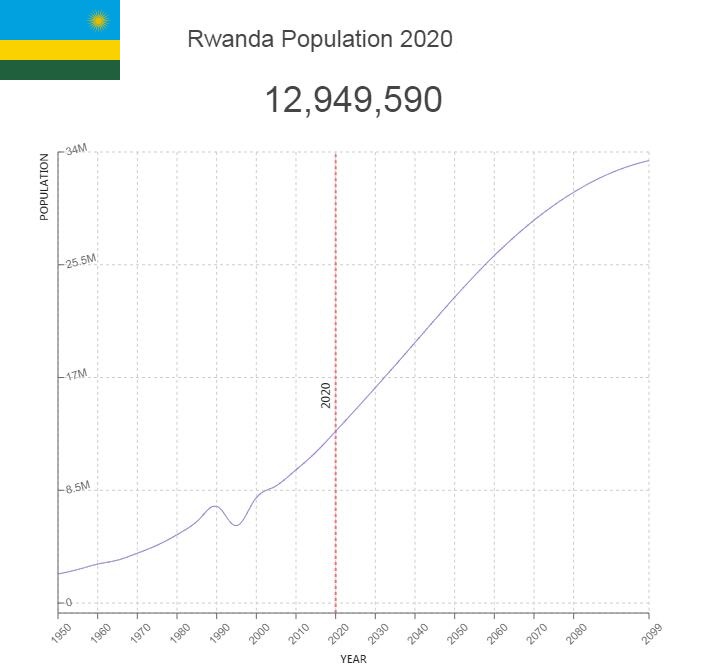 Rwanda is Africa’s most densely populated country. There is fierce competition for the land, mainly between the ethnic groups of Hutus and Tutsis. After one of the world’s worst genocides in 1994, Rwanda has had relatively good economic and political progress.

The population is composed of three ethnic groups, Tutsi, Hutu and Twee (Pygmoids). Traditionally, the Hutu have mainly cultivated the land, the Tutsis have driven livestock and the twos have hunted, sunk and pottery as their traditional business base. In the early 1990s, Hutu was approximately 85% of the population, Tutsi 14% and twins approximately 1%.

Until the Hutu uprising in 1959 and 1963, the Tutsi were a dominant upper class with political control, a ranking largely created or reinforced by the Belgian administration. Prior to independence, however, the colonial administration limited the influence of Tutsis in favor of the Hutu, and a large portion of the Tutsi population fled to neighboring countries.

Rwanda is also a very densely populated country with 477.4 residents per km2 (World Bank 2013), which has contributed to land shortages and to depletion of the earth. This was a contributing, underlying cause of the war and genocide in the 1990s, when a rebel movement dominated by Tutsi refugees went to war against the Hut-dominated regime that refused the Tutsis to return. The war culminated in the genocide of spring 1994, when nearly 1 million people were killed. After this, the population composition is uncertain. However, most people killed are Tutsis. It is also believed that approximately 75% of the twab population were killed. See also the article on Rwanda’s history.

Population of Rwanda by Year (Historical)

Major Cities in Rwanda by Population

Rwanda (Rwanda, Kinyarwanda) is the most widely used language and is next to French official language. Swahili is used in part as a language of help.