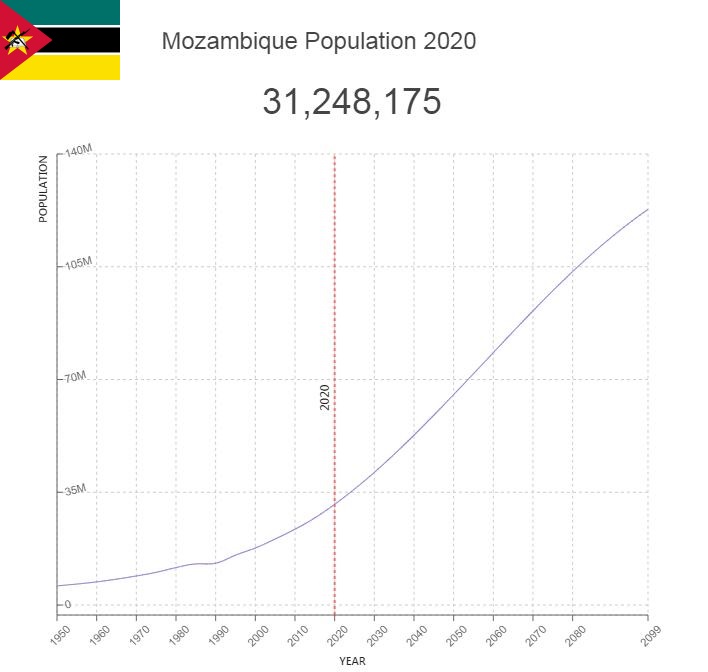 After Mozambique became independent from Portugal in 1975, the country suffered a civil war for 16 years. Since the 1990s, the country has experienced economic progress and increased political stability, and the country has enormous potential with a lot of cultivable land.

Since there is no official population register in Mozambique, and since the census has been the subject of political strife, there is uncertainty about the exact census. After the census in 2017, the national statistics office reported the figure to 28.9 million residents, but in 2019 this was downgraded to 27.9 million. The World Bank estimated the population in 2018 at 29.4 million. 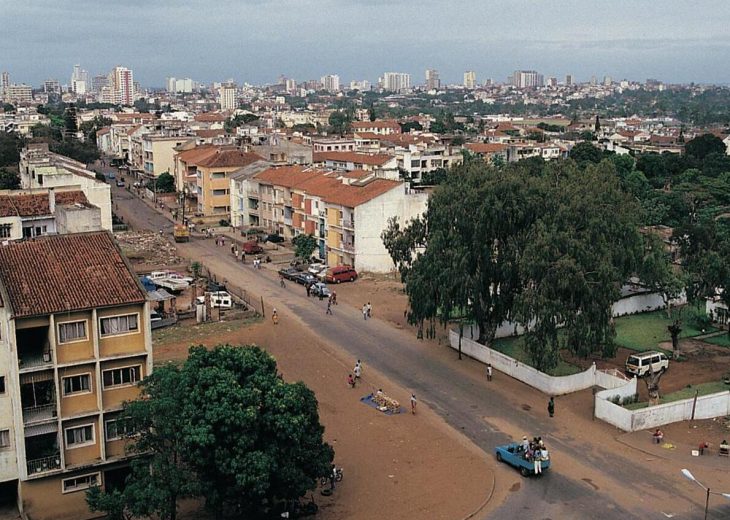 War and drought affected demographic trends in the 1980s and 1990s, but the country has since experienced strong population growth, and is now at 2.9 percent a year. It is also a very young population. As many as 45 percent of the population is under 15 years of age. On average, almost five children are born per woman. Life expectancy at birth is 60.2 years according to the UNDP Human Development Index.

The largest cities are the capital Maputo (formerly Lourenço Marques) and then the suburban town of Matola close by. Other major cities are the port city of Beira, as well as Nampula and Nacala, which is the center of the northern part of the country.

The population consists of a large number of ethnic groups. Definition difficulties make it impossible to accurately quantify the groups, but it is probably at least 60. In northern Mozambique, ethnic groups such as Makua, Makonde, Yao and Lomwe are among the most dominant. In the central provinces, groups like Ndau and Sena dominate, and further south Tsonga and Chopi. Ethnic minorities are Chinese, Indians (from Goa) and Pakistanis, South Africans, besides Europeans, most Portuguese. The Portuguese population, which numbered more than 250,000 before 1975, had been reduced to less than 15,000 already shortly after independence.

Population of Mozambique by Year (Historical)

Major Cities in Mozambique by Population

In Mozambique, as in most areas of Africa mainly consisting of Bantu populations, there are various variants of animism and ancestral beliefs deeply embedded in the local culture, even in modern times. Portuguese colonialism brought with it a strong influence of the Catholic Church. Trade and contact in the East African region with Arab traders brought with them Islam. In the 20th century, a large number of Protestant missionaries also came to the country. One estimates that at least three-quarters of the population today confess to one of these three religions in roughly equal distribution. In practice, very many will combine different faiths at the same time, or at different stages of life. Religion has never been the source of major conflicts in Mozambique, but in December 2017 a terrorist movement emerged in northern Mozambique that surrounds itself with propaganda for Islam. This has led to significant destabilization since 2017, especially in Cabo Delgado Province.

Portuguese is the official language. In the 2017 census, 13 percent claimed to have Portuguese as their mother tongue, and around half reported that they speak Portuguese to a greater or lesser extent. At the same time, 98 percent of the population say they speak one or more bantu languages.

A census indicates that 43 different bantu languages ​​are used in Mozambique today: