Maputo, the capital of Mozambique, on Maputo Bay on the coast of the Indian Ocean. The city, including the suburban areas of Matola, has close to 2 million residents (2018). Until Mozambique’s independence from Portugal in 1975, Maputo was known by the name of Lourenço Marques.

The city is Mozambique’s only industrial center, and has food, cement, textile, rubber and tobacco industries, as well as breweries and mechanical yards. The city has had a public university from 1962, the Eduardo Mondlane University, and in the 2000s gained a number of private universities. The city also has a rich art and cultural life – including the famous Avenida theater – and has housed a number of well-known artists, such as the painter Malangatana and the sculptor Alberto Chissano.

Maputo has some of the best ports on the east coast of Africa. The port has long been central to foreign trade to South Africa and Swaziland, with the exception of the war years in the 1980s. Supported by Norwegian aid, among other things, the port was improved in the 1990s, and from the mid-1990s a major investment project was initiated to renovate the so-called Maputo corridor, between Maputo and South Africa. The port of Maputo serves, among other things, the large aluminum smelter Mozal in Boane outside Maputo.

Maputo was founded in 1545. A Portuguese fort was built there in 1781, destroyed in 1796 by French forces. Maputo was granted city court from 1887, and was Lisbon’s administrative center in Mozambique during the colonization period (c. 1880-1975) and was made the capital of the independent state after 1975. Since 1997, the city has been governed by a city council (conselho municipal) led by a direct elected mayor (presidente do conselho municipal). In local elections, 67 representatives are also elected to a municipal assembly (municipal assembly).

The city experienced great economic growth in the 2000s, and a number of major infrastructure projects were completed, including a new international airport terminal, a number of new and large hotels, the ring road and one of Africa’s largest bridge projects across the Maputo Bay to the Catembe Peninsula. The period also led to increasing differences between the wealthy in the city center and the poor majority in the district periphery. 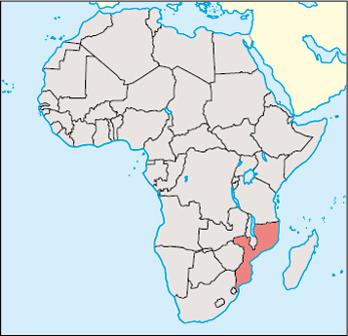