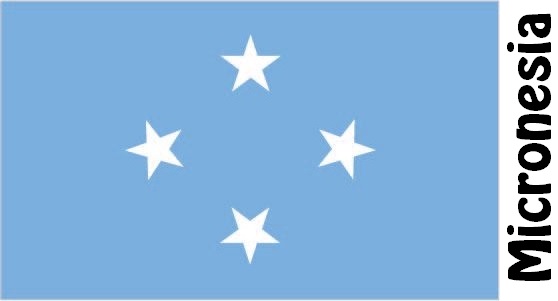 The Micronesian Federation is an island state where most of the islands are atolls made up of volcanic rocks. However, Yap, farthest to the west, is of continental origin. The climate is tropical with high rainfall.

The country’s legislative assembly, the congress, has 14 members: ten elected for two years and four for four years. The latter represent each of the four states. Among them are elected, also for four years, a president and a vice-president, after which the vacancies in Congress are filled. The country was formed in 1979 as a federation with local autonomy and in 1986 gained the status as an independent republic with close ties to the United States.

The service industries, which are dominated by public administration, contribute most of GDP. However, at least half the population still relies on agriculture and fishing. An important source of income is the leasing of fishing water to Japanese companies. There is almost no industry, but construction and small crafts have some significance. In recent years, the importance of tourism has also increased. 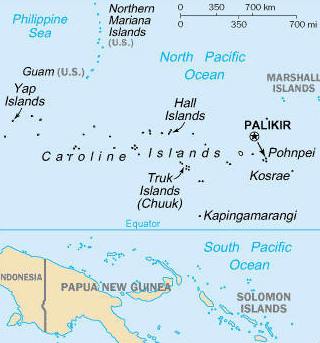