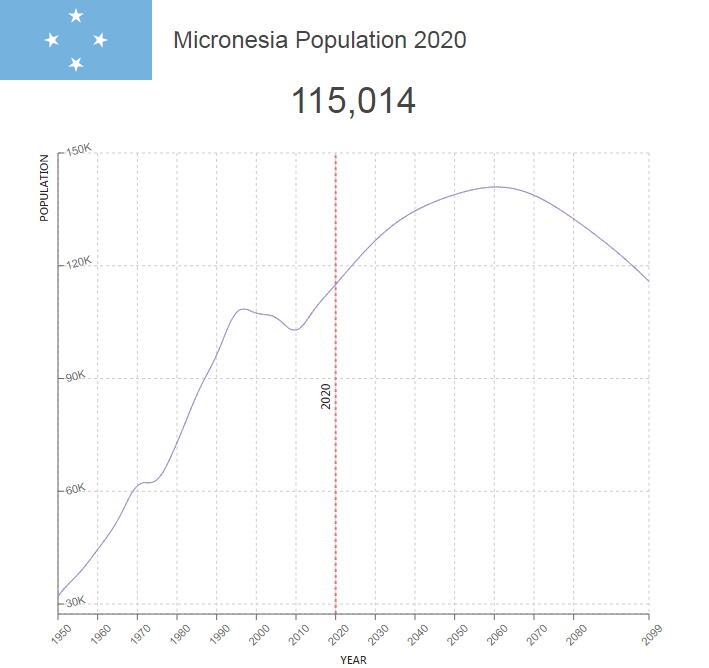 The Micronesia Federation consists of over 600 islands, divided into four states. The small islands are spread over an area five times larger than France.

Many move from the islands of the Micronesia Federation, especially to Guam, Saipan or Hawaii, and the country has a negative balance of migration. In the period 1993–2003, the population decreased by an average of -0.08% annually.

The population is Micronesians with the exception of the population of the isolated atolls Nukuoro and Kapingamarangi in the state of Pohnpei, which are Polynesians. The largest places (2001) are the state capital Weno (in Chuuk, 14,000 b.c.) and the new capital Palikir (6200) located at Pohnpei.

Population of Micronesia by Year (Historical)

Major Cities in Micronesia by Population

About 49% of the population belongs to the Catholic Church, approximately 46% are Protestants; religious minorities include Chinese religion and followers of the Baha’i religion.

The official language is English. Native languages ​​of the population are different Austronesian languages.