Fiji, east in the southwest Pacific; 18,274 km2, 883,000 residents (2019).Fiji, located in the border area between Melanesia and Polynesia, consists of more than 800 islands. A hundred of these are inhabited. The four main islands are Viti Levu, Vanua Levu, Taveuni and Kandavu. The capital is Suva (94,000 residents, 2018), located on the island of Viti Levu.

The country has a two-chamber parliament with a Senate with appointed members and a House of Representatives with 71 members elected for five-year terms. A new constitution was adopted in 1997, which gave the Indian population greater rights. In 2000, the government was taken hostage by a group of Fijian nationalists whose goal was to introduce pure Fijian rule on the islands. Continued contradictions between the ethnic groups led to a new coup in 2006 but in 2014 democratic elections were held again.

Business is based on agricultural production and tourism. Sugar is the main export commodity, but other agricultural products, e.g. tropical fruits, constitute an increasing part of export revenue. Tourism, the country’s other major source of income, has declined significantly. In 2010, the country was hit by Hurricane Tomas, which caused major damage. 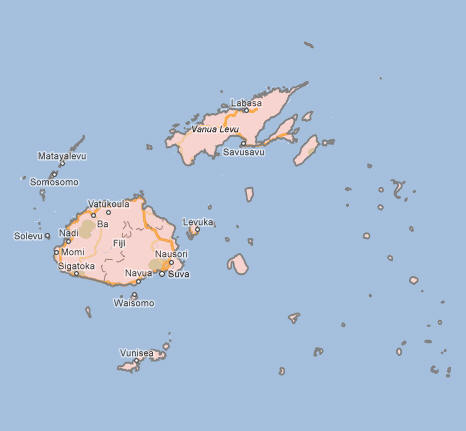